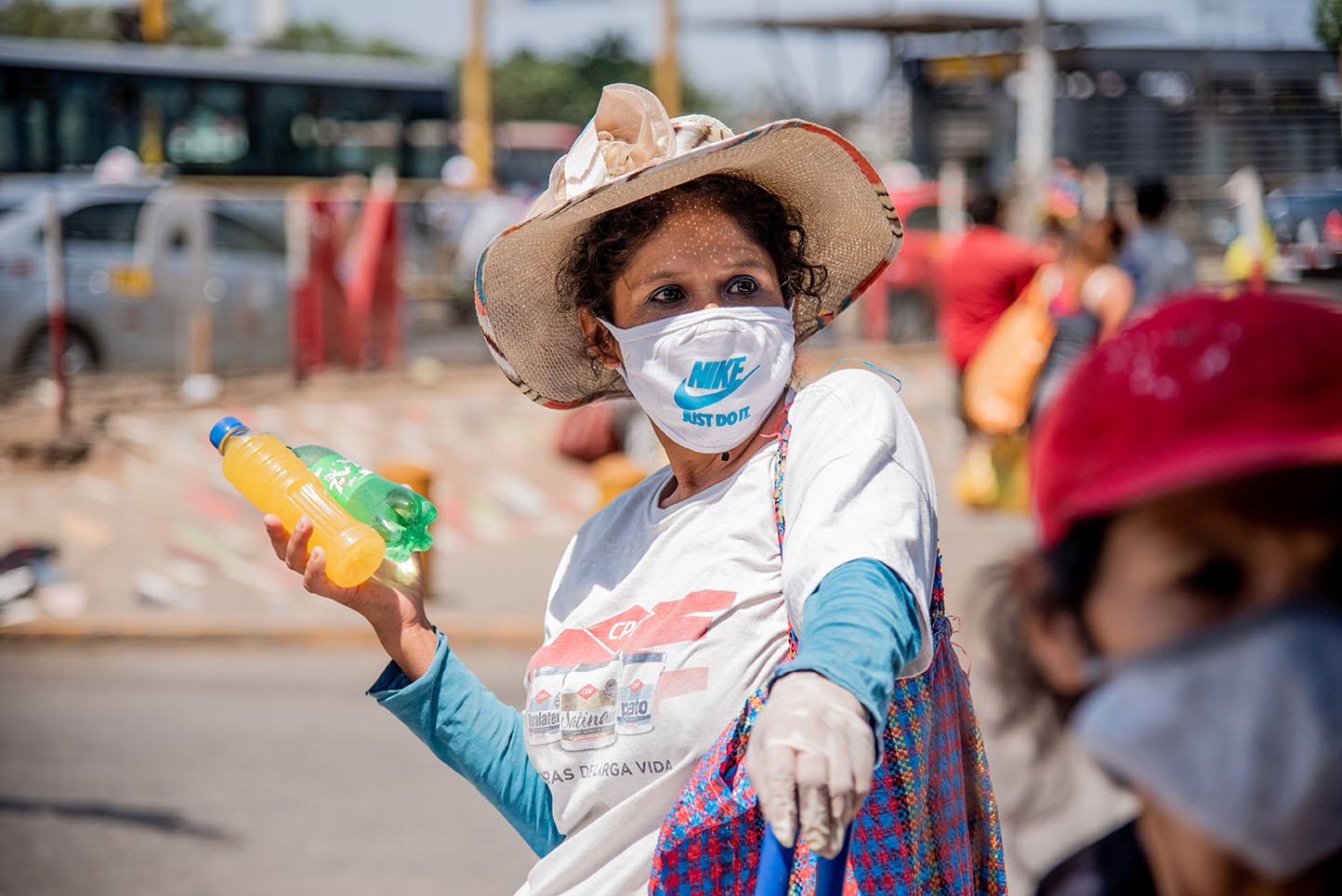 We asked S. Catherine Conroy to make contact with some of her friends and colleagues in Peru to see how they were faring during the time of Pandemic 2020. Below is a version of the replies she received from Mary Hernandez, Lima (social worker), Liset Linares Cabarello, Lima (university student), Aureolia Cartegena Condorí, Ilo professor, Vicentina), Carmen de los Ríos, Ayacucho (director of Centro Loyola) and Yolanda Díaz, Chiclayo (professor and diocesan community leader).

The pandemic is causing death, desolation and poverty and, as always, the poorest are most affected. The death of thousands of people at home, waiting for a bed in a hospital, or not being able to save themselves even with the mechanical respirator. My 50-year-old brother-in-law, Luis, entered the hospital with suspicion of Covid-19 on April 14. On April 19, they announced that he had passed away and that is what happens with many patients, and to avoid contagion, the hospital took care of his burial.

In Lima with more than 9 million inhabitants and with gigantic poor districts the disease affected them dramatically, the economic situation forced them to go out to work because a large number are street workers … they could no longer pay the rent for their room, or pay for water services, light, etc. Thousands of people returned to their hometowns because it is impossible to live in Lima.

The government gave a bonus of 760.00 soles ($214.10 US) to low income families but many could not get their money from the bank because they did not have a bank account. The reality that is lived is dramatic and the specialists have different opinions about how long it will be until the scientists find the vaccine. May the Lord favour His people of the whole world.

The district market closed off the area and we were obliged to queue almost five blocks, respecting the social distance to be able to make weekly purchases, minimally waiting time about two hours to enter the market. In those queues where agglomeration and infections spread were people of all ages and all economic possibilities, some very well protected and others with a simple broken or repaired mask, there was no shortage of people asking for a collaboration to eat.

One day I met a street vendor, very quietly offering her produce so as not to be seen by the police, who were watching all the time because of compliance with quarantine and its regulations. So, she was so happy when I was able to buy some things from her. She immediately said to me: “I cannot quarantine, I need to eat.”

This woman showed me the hardest side of this pandemic; of all those who live from day-to-day, for them isolation means hunger. For them to abide by the norm is impossible, they must leave their homes to look for their daily bread anywhere and at any job.

Many product prices are overvalued, among them oxygen tanks which generates so much anguish in people that they do the impossible to save the lives of loved ones.

Up to June 30 the corona virus in Peru continues to wreak havoc. According to the latest news today 285,213 people have been infected and 9,677 Peruvians have died from COVID-19.

With the pandemic we realized that our hospitals are not ready to face this type of problem, we have problems such as: lack of oxygen, there are no beds in intensive care hospitals (ICU), lack of artificial respirators, lack of medications, failed elevators, we are in total crisis, currently the government continues to ask for support from other countries and spending a lot of money to face the problem.

Peruvians agreed to abide by the measures for one to two months, and then despair began due to lack of food at home, because many families have informal jobs, ambulatory street trade, the government gave bonuses to low-income families, but it was not enough, people began to take to the streets. Now it is uncontrollable. Currently in Ilo the pandemic has been controlled, but the four months of social isolation makes the population desperate to go out to work, but the concern is now with the authorities, because they will start to open commercial stores, companies, transport and others. As for colleges and universities and all study centers, we will continue to work with virtual classes.

In churches and religious groups, such as the Vicentinas, we comply with the social isolation measures given by the government, also putting into practice the prevention measures, solidarity support and we always communicate by WhatsApp and Facebook, sharing prayers and remembering that our strength is Jesus. We listen and see the Masses, we carry out activities at home and we share everything in a virtual way and in this we keep the church active. GOD BLESS US.

The Displaced are among the most vulnerable;

Alimenation
It is the big theme: Between fear of disease or hunger. You are more afraid of hunger. “The belly obliges.” Most in precarious, mobile jobs, the so-called underemployment, which is hidden unemployment. So many leave quarantine. In the cities, if they don’t work they don’t eat. In the field it is time for harvests. Many go to the fields, circumventing quarantine and border controls.

White Flags
Hungry families who do not have anything to eat put up white flags, happily the neighbors help or call for help. Lots of poverty, extreme poverty.

Venezuleanos-Returnees
The walkers, or returnees, or illegals. Efforts have been made for the humanitarian transfer and to keep them quarantined, but many circumvent the quarantine. Many return with nothing, they don’t have a job, nor to eat … many of them had already moved before fleeing violence. Some rural towns only have elders. Some young people return with other customs, they do not know the authorities, they do not quarantine. “They demand rights, they can have a house and land, but they have not planted”, thefts are feared, conflicts are generated. Some towns do not accept returnees, for fear of contagion.

Education
Distance education is taught. Failure to understand and parents not being able to support their children in studies generates tension and family violence … Due to culture, family life is organized according to agriculture, it is harvest time. Danger not only of missing the school year, but dropping out and difficulty in returning.

Urgent Actions to be Implemented by the Church, State, Civil Society

These times are very difficult, but Covid-19 is giving us many opportunities to make changes in our lives, in society and in the Church. The hours of the day are not enough but little by little we will succeed.

We are badly hit by this virus but nothing prevents us from rejoicing and having hope.