Water is healing and life giving, something crucial to survival but often not appreciated until it’s not available. In 1913, the Sisters at Mount Saint Vincent experienced a drought so severe that they turned to Saint Joseph for help.

“The water supply had been a problem at Mount Saint Vincent from earliest days. The terrain was a wooded slope that rose rather abruptly to the more heavily wooded land above. Buried deep in this rocky soil were myriad streams of clear sparkling water. To make it available for heating and domestic purposes was a problem. After much labor some springs were channelled to an area where a small reservoir had been prepared. Wells still took care of the drinking water. A dry spell meant shortage and near disaster. However, the project was confided to the care of Saint Joseph, and day by day, the amount of water that flowed into the pond showed a marked increase….. Frequently there would be a shortage.

The summer of 1913 was remarkable as a hot, dry period. Mother’s faith in Saint Joseph never wavered. There was a general community appeal that this need, so essential to the health of all, be quickly supplies. The answer was not long delayed. When Mother M. Fidelis had cleared the area and excavated for the foundation, and when Mother M. Berchmans built the new motherhouse and chapel, they were careful to preserve as much as possible of the shrubbery, vines and undergrowth, as an initial step in landscaping, and as a protection to the water supply.

Incidentally, as the Sisters were gathering ferns on the ledge behind the chapel, one especially lovely cluster attracted attention. In their effort to free it, a small rock was displaced from its little sandy bed and as Sister worked, a trickle of clear, cool water flowed over her hand. Was this the answer to their prayer? They would wait and hope.

Lest they should lose the precious find, they immediately began to channel it towards the convent. Day after day they visited the spot. At each visit they deepened the channel, increasing its width, and directing its course to the edge of the ledge opposite the refectory window… Tested from time to time, the water was always pronounced crystal clear, pure spring water. The supply continued to increase and the water was transferred in jugs to the cold storage plant. It was the cooling beverage available at three meals. We are not claiming a miraculous spring, but we have always felt that its discovery at a moment of dire necessity was an answer to prayer.”

In 1955 a painting was created for and displayed at St. Joseph’s Oratory in Montreal on the occasion of their 50th anniversary. The painting highlights the Sisters’ devotion to Saint Joseph and the answer to their prayers. 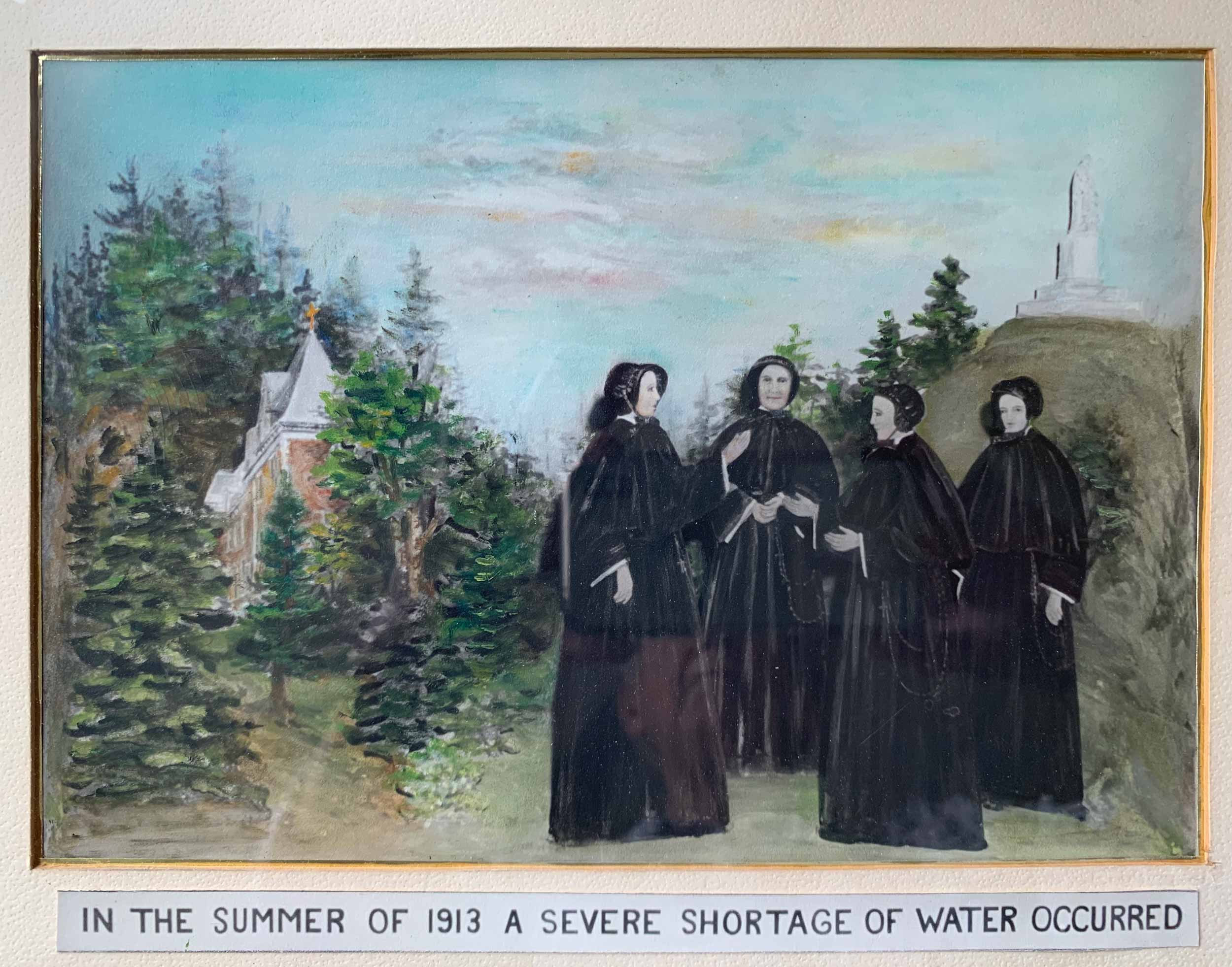 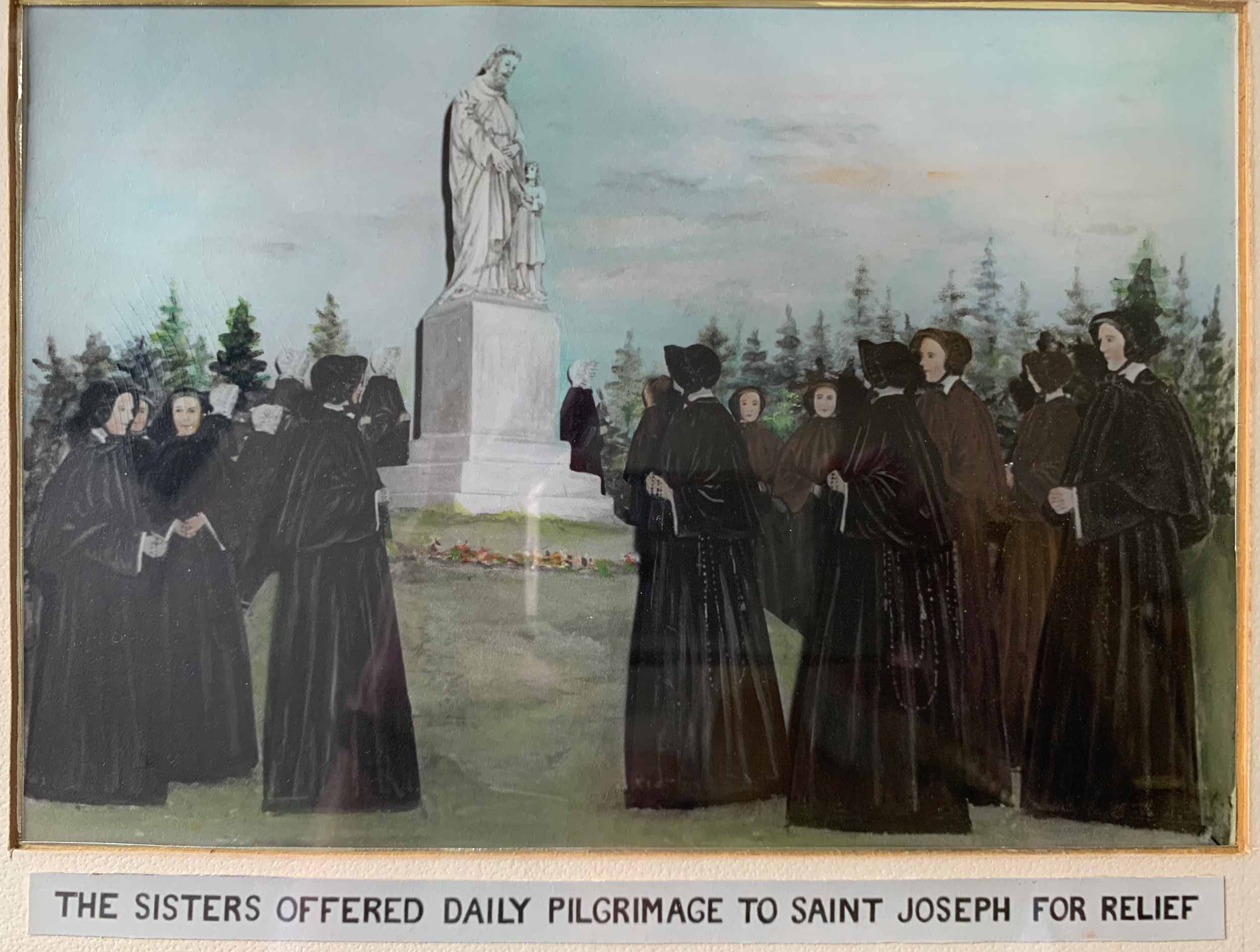 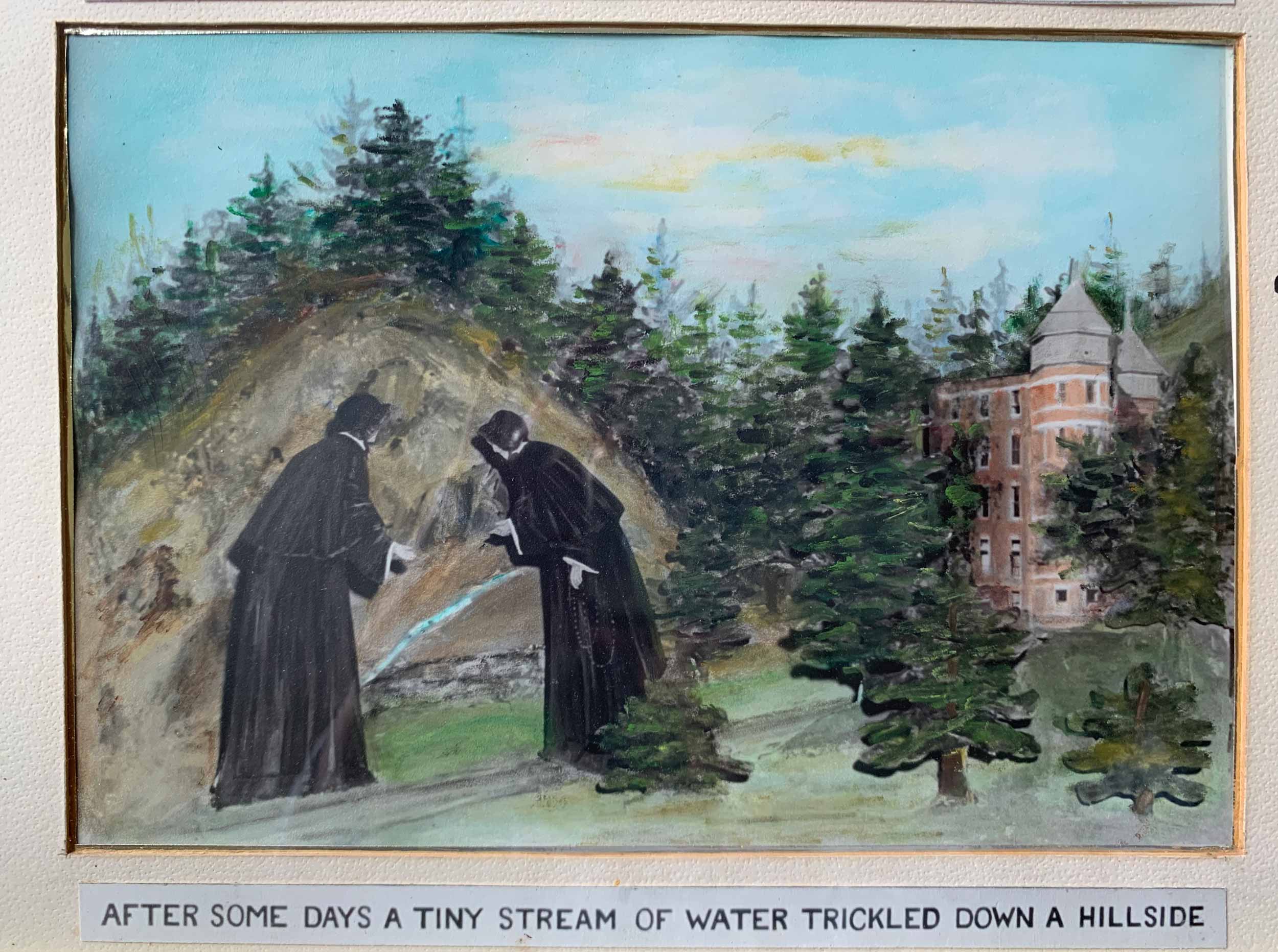 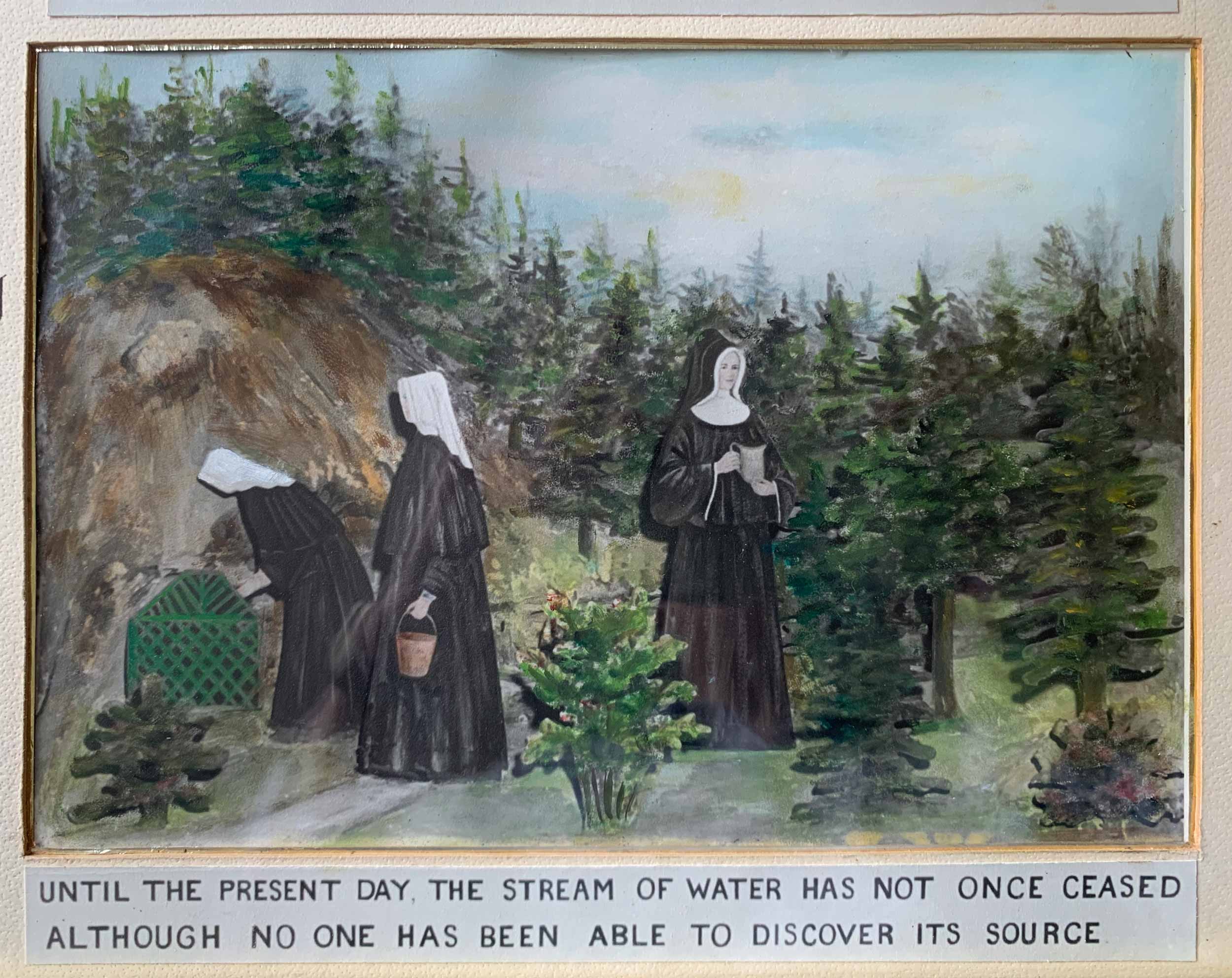