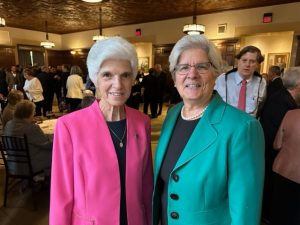 Support Our Aging Religious (SOAR) is a fundraising organization founded in 1986 by a group of dedicated lay people who wanted to give back to “our aging religious.” The organization sees its mission to ensure the safety and dignity of the aging religious and help them to remain in active ministry. This past year they were able to grant close to two million dollars to meet practical needs of religious congregations throughout the United States. Among the grants offered were hospital beds, chair lifts, fire alarm systems, and automatic doors. The group holds dinners annually in Washington DC, New York City, and Southern California. This was the 36th Fundraising Dinner and it was held at the NYC Athletic Club on Central Park South.

Sister Maryann Seton Lopiccolo was awarded the Victor Yanitelli SJ Award in honour of her service at  the Diocese of Brooklyn as Episcopal Delegate for Religious for 40 years. Over the years, her concern for supporting the constantly evolving needs of religious throughout the diocese has been evident.

Sister Margaret Mary Fitzpatrick introduced Sister Maryann at the dinner, and began by mentioning the collaboration, inclusivity of Sister Maryann’s work. She went on to speak about the incredible work of Sister Maryann. Her  work for the Church of Brooklyn and as President of The National Catholic Vicars and within the SC Federation has had an impact on the Church both locally, nationally and internationally. Sister Maryann herself gave the attendees this insight into how she understands her ministry. At a recent conference of vicars all were asked to bring a symbol of their work. Sister Maryann chose earbuds and a microphone  which alluded to the values of listening deeply and responding well. That captures her attitude perfectly and points to why she is so well respected and appreciated by those who know and work with her. 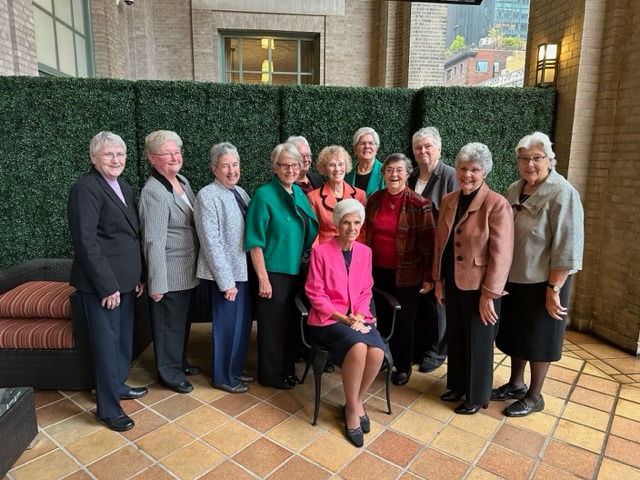 We share a few of the heartwarming stories from our benefactors. You will read of their inspiration to serve and share in our joyful witness to love.

Art Walk, Season 1 (see videos below) is an online presentation of some of the works of art done by Sisters of Charity, former sisters and associates over the years.

Sister Maryann Seton Lopiccolo was awarded the Victor Yanitelli SJ Award in honor of her service at the Diocese of Brooklyn as Episcopal Delegate for Religious for 40 years.

The Leadership Conference of Religious Women (LCWR) held its annual assembly in person for the first time since 2019. More than 700 members attended this gathering in St. Louise from August 9 - 12, 2022, four of whom were from the Sisters of Charity Halifax leadership team.

Bursting With Pride at ATRI

I have often been proud to be a Sister of Charity of Halifax. Sometimes it was because of a prophetic and courageous stance on a serious issue. Most often, it was because of the witness to the charism of charity in the life and ministry of individual Sisters.

From the Archives — In Celebration of the Art Walk