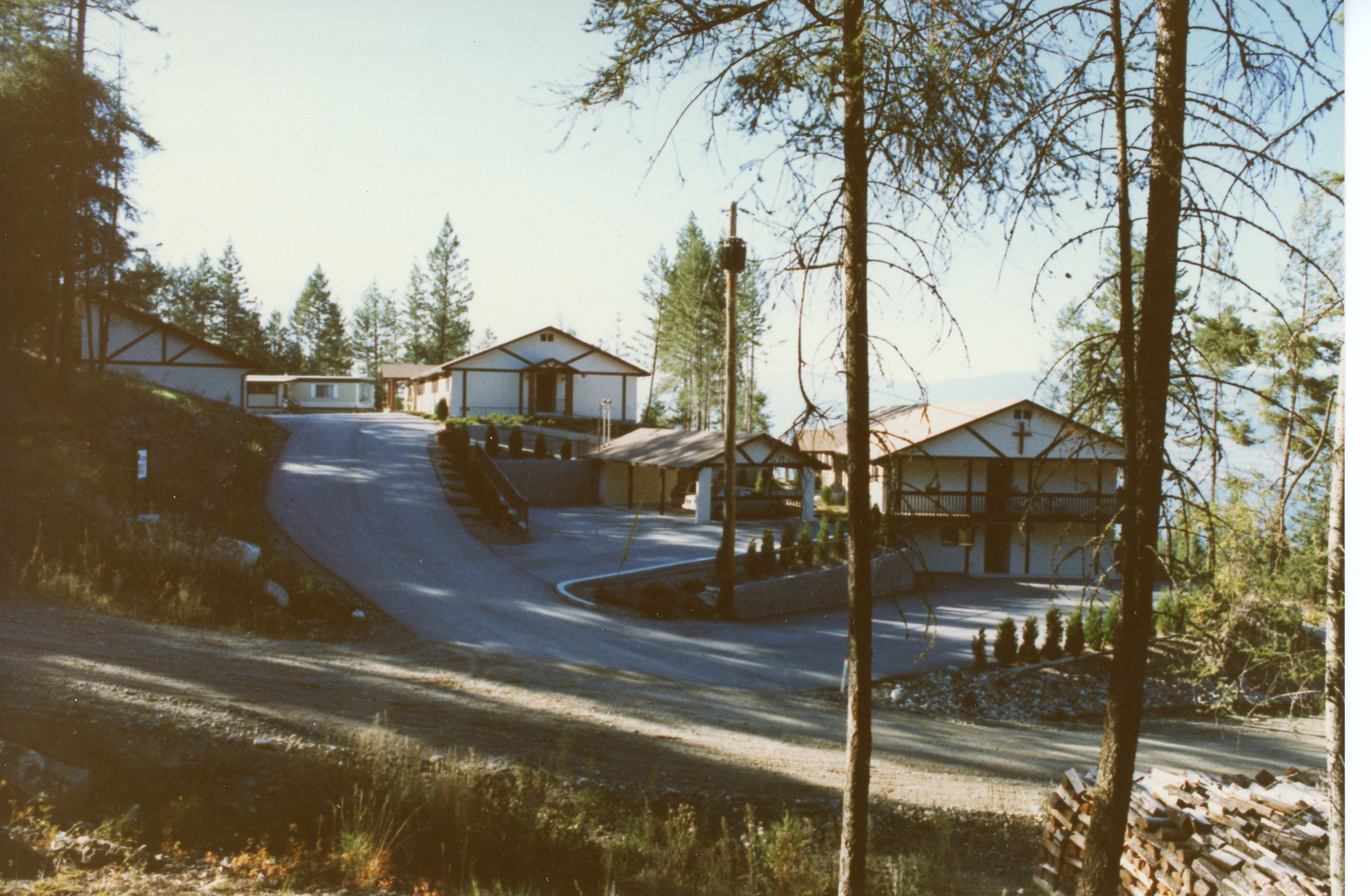 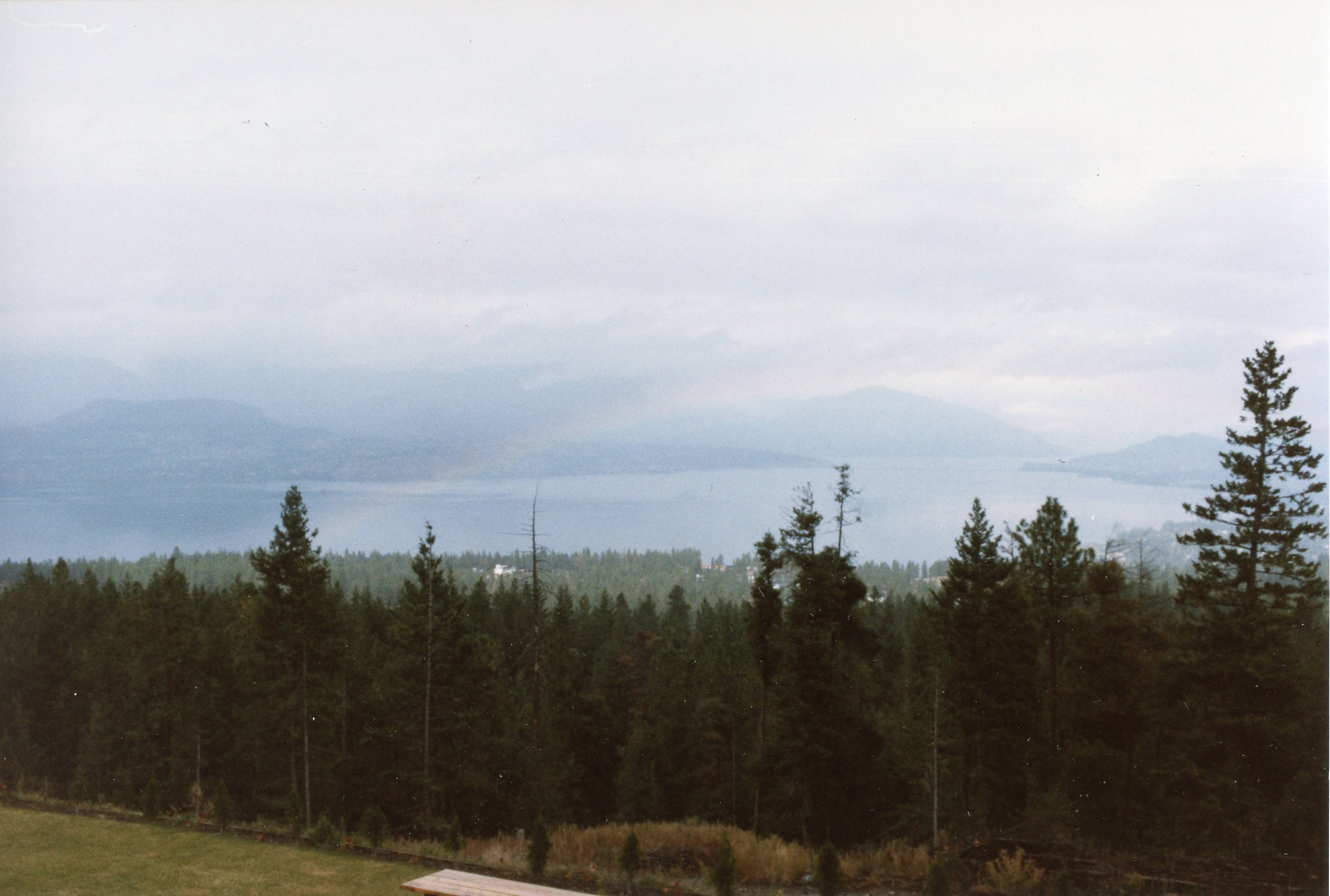 Sisters of Charity – Halifax Congregational Archives #4214A View of Okanagan Valley and rainbow from Seton House of Prayer, Kelowna, BC, September 1988. Photograph by Sister Edna Walsh.

The House of Prayer offered spiritual workshops, courses, and retreats. After several expansions to the Summerland facility to meet growing demand, the new House of Prayer opened in Kelowna, BC in 1986. The new facility was built in 160 acres of wooded land overlooking Okanagan Lake, the city of Kelowna, and mountains.

After 21 years of providing a welcoming space for thousands of people seeking peace and spiritual renewal, the last Sister left the House of Prayer in 1995. The Elizabeth Seton House of Prayer continues under the auspices of the Catholic Diocese of Nelson.