As we are part way through a dark and stormy Halifax winter, I wanted to cheer up with some lighthearted snowy scenes from our audiovisual collection. The photos and films below are from Halifax, New York City, Dorchester, and Wellesley Hills.

The first is an excerpt of a film of Mount Saint Vincent College students creating snow sculptures near Evaristus Hall followed by shots of tree branches heavy with snow. The film dates to 1959 or 1960 and was shot on Kodachrome 16mm film by Sister Ernestine Marie, assistant professor of chemistry and geology at MSVC. 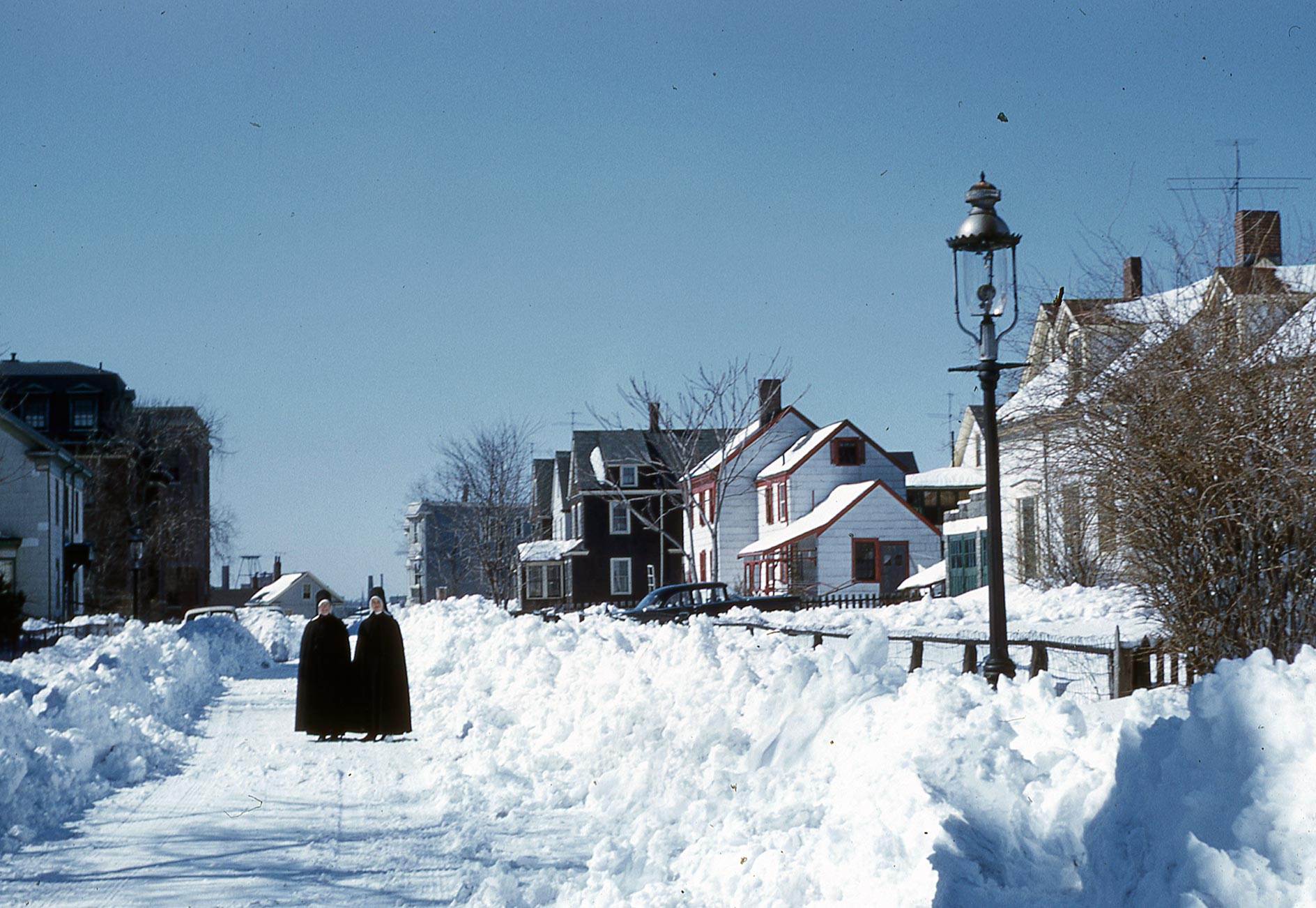 Though the Sisters arrived in 1911 to teach in the parish school, they did not have a suitable residence and had to move in with the Sisters at nearby St. Peter’s Convent. In 1912, a convent was opened on Boston Street and in 1915, the Sisters moved to the newly constructed St. Margaret’s convent on Mayhew Street, where they resided for more than 80 years. 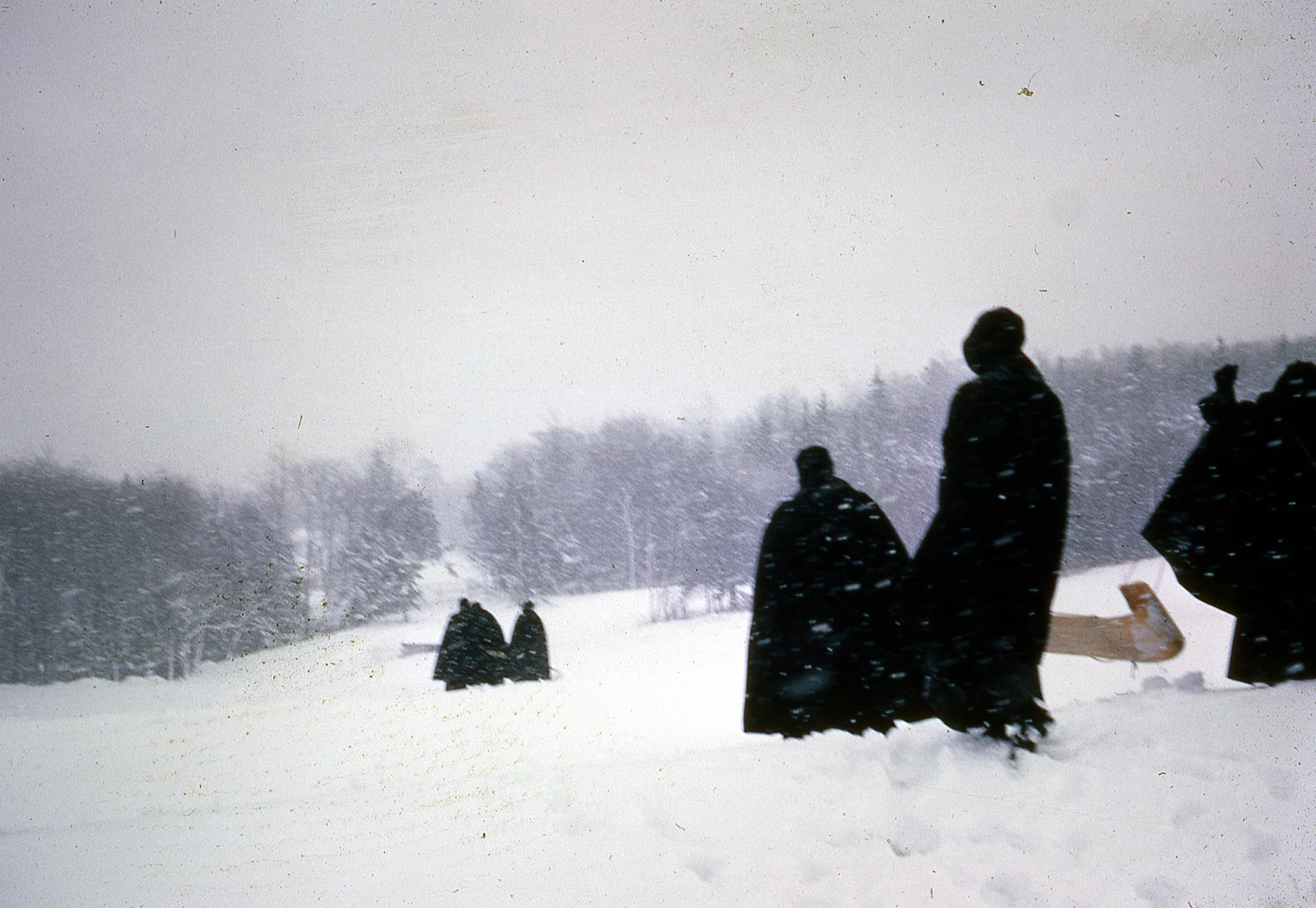 Caption: MT045 Novices tobogganing down the hill outside of the new Motherhouse in Halifax. Circa 1960-1961.

Photograph is by Sister Margaret Therese Campbell, who was the Mistress of Novices at Mount Saint Vincent from 1947 until 1962. 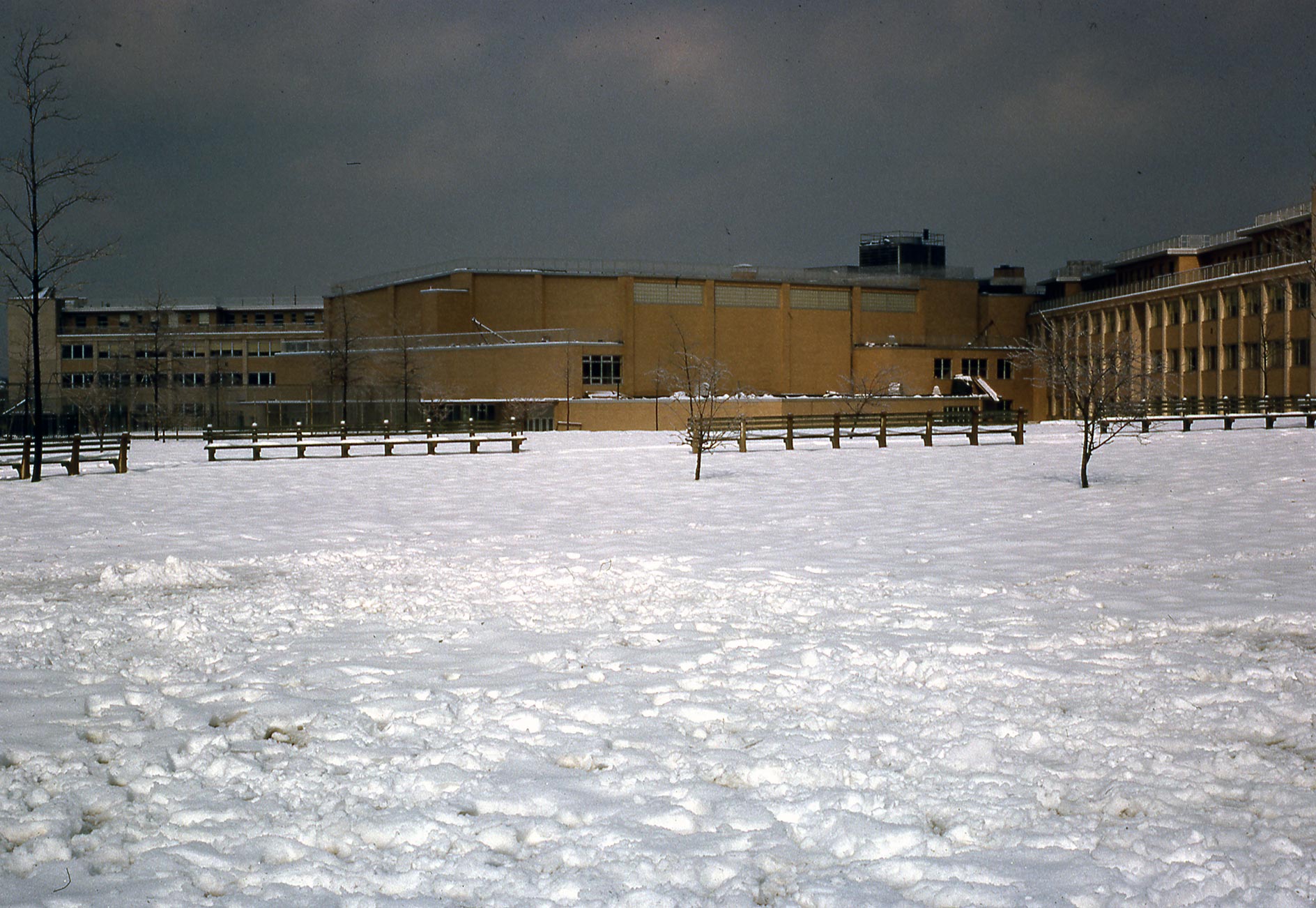 Bishop Reilly High School in Fresh Meadows, Queens, New York City, was opened in 1962. For more information about the school, please see the archives column from the November 2021 issue of Charity Alive. 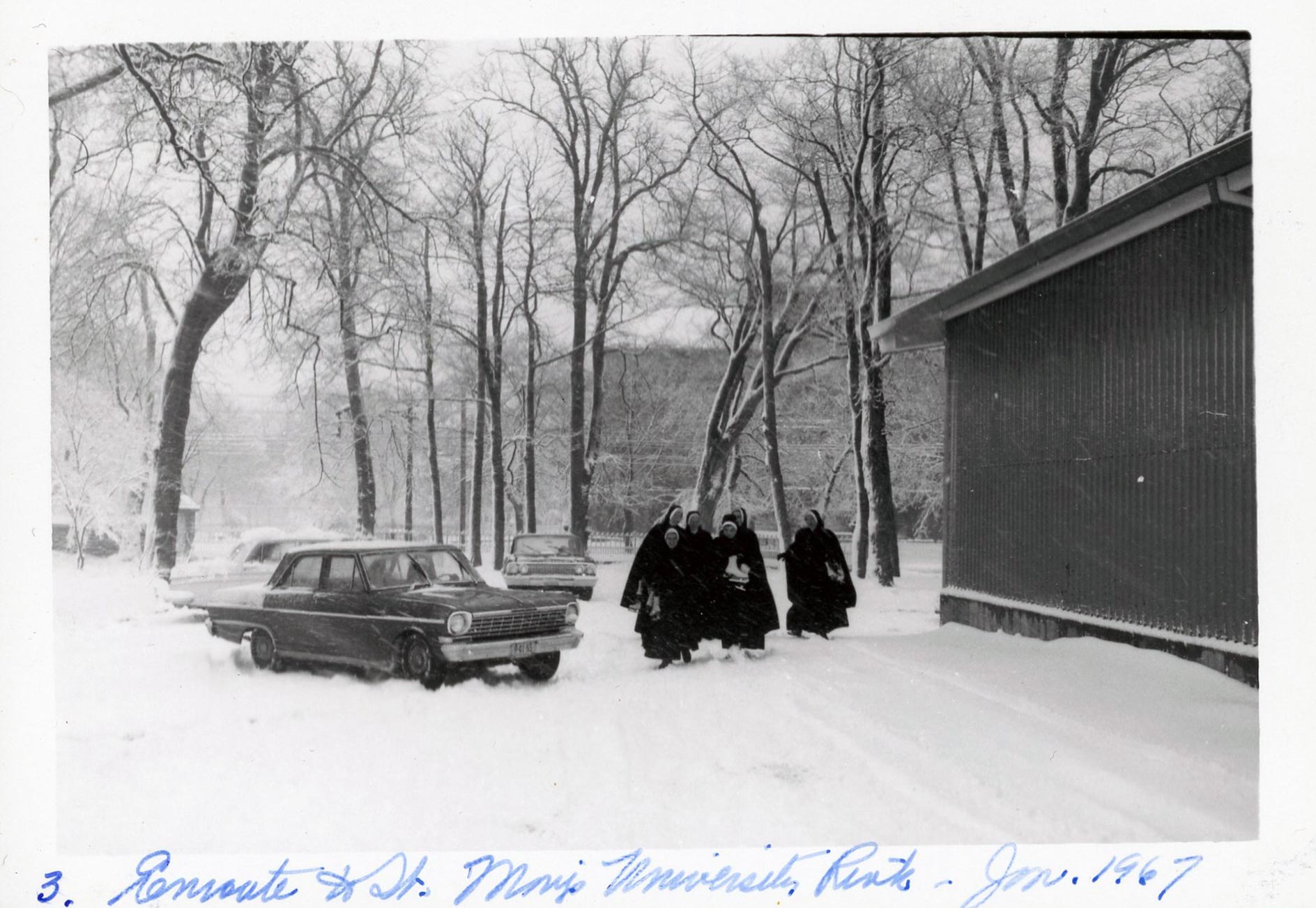 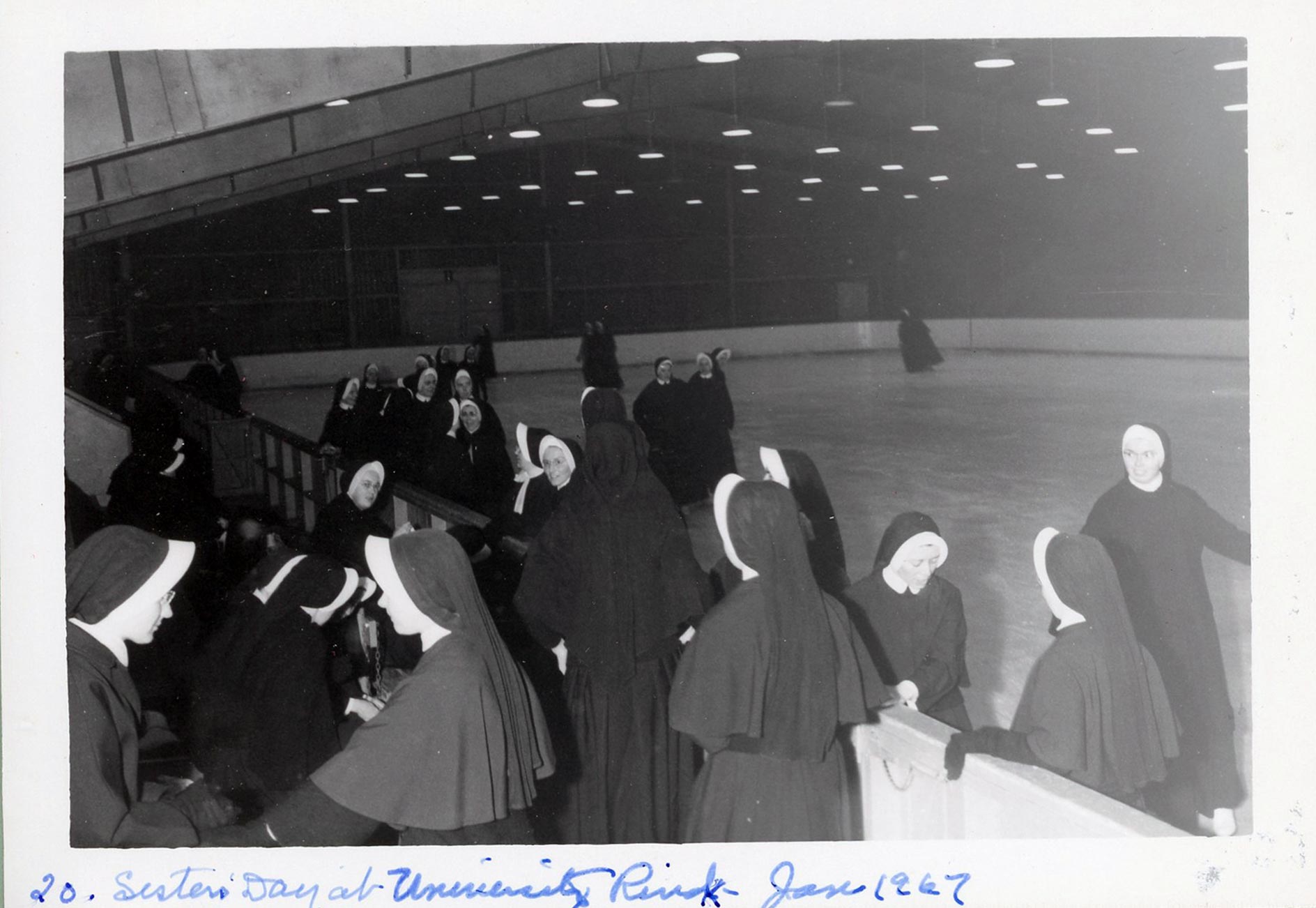 These photographs were taken by Sister John Mary McNeil of Sisters of Charity out for “Sisters Day” at Saint Mary’s University Alumni Arena in Halifax, NS. The ice rink opened in 1965. 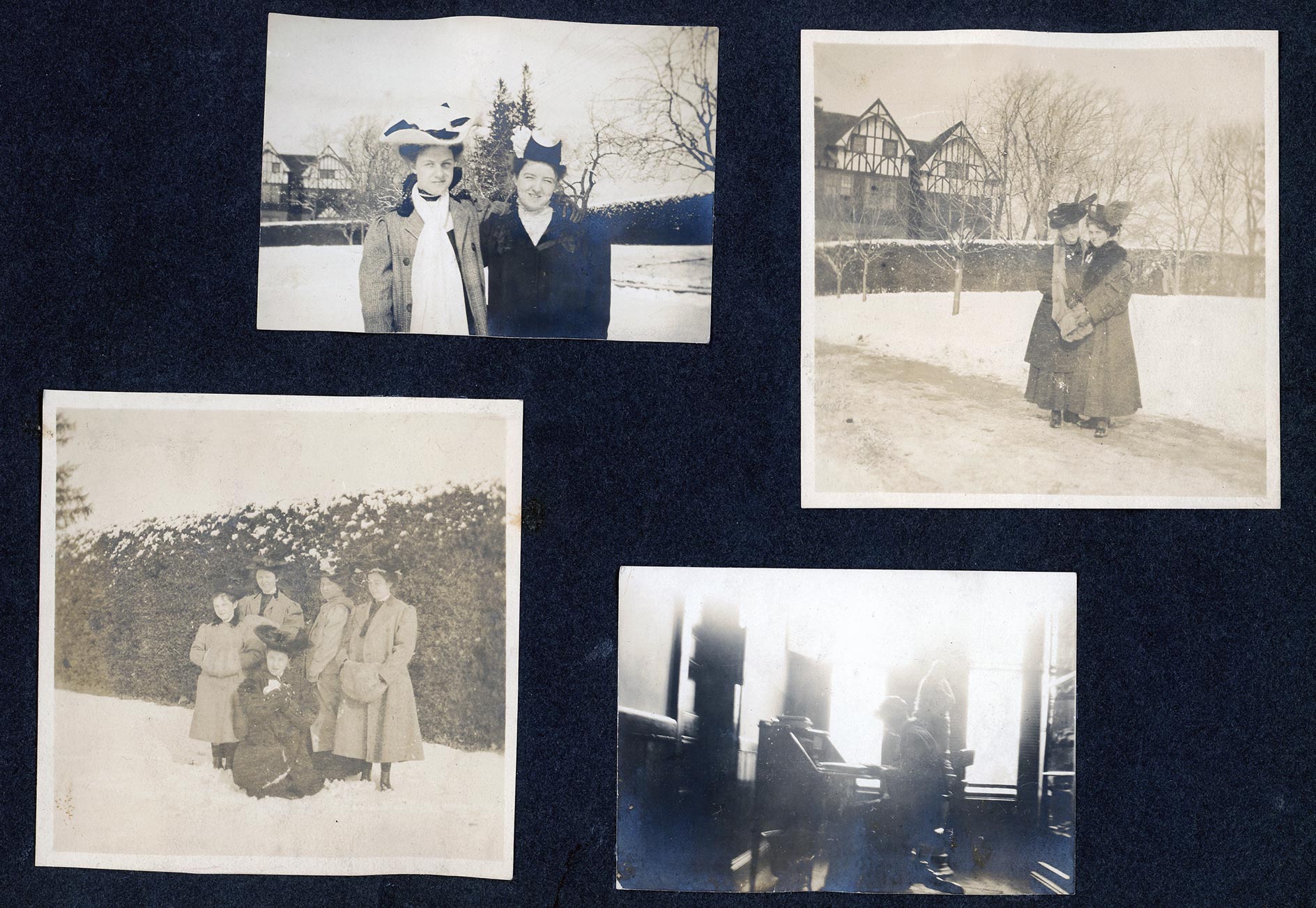 Three of the photographs on the album page are of unidentified students on the snowy grounds of Academy of the Assumption, circa 1907 – 1909. The bottom right photograph appears to be a Sister at a desk, wearing the old habit with bonnet.

Introduction By Sister Kati Hamm This [...]

Book Review – Ministry for the Future

Charity Alive November 2021 – From the Archives

O Holy Night By Sister Susan Smolinsky It was [...]

Joyful Witness to Love: Our Christmas Appeal By Carrie [...]