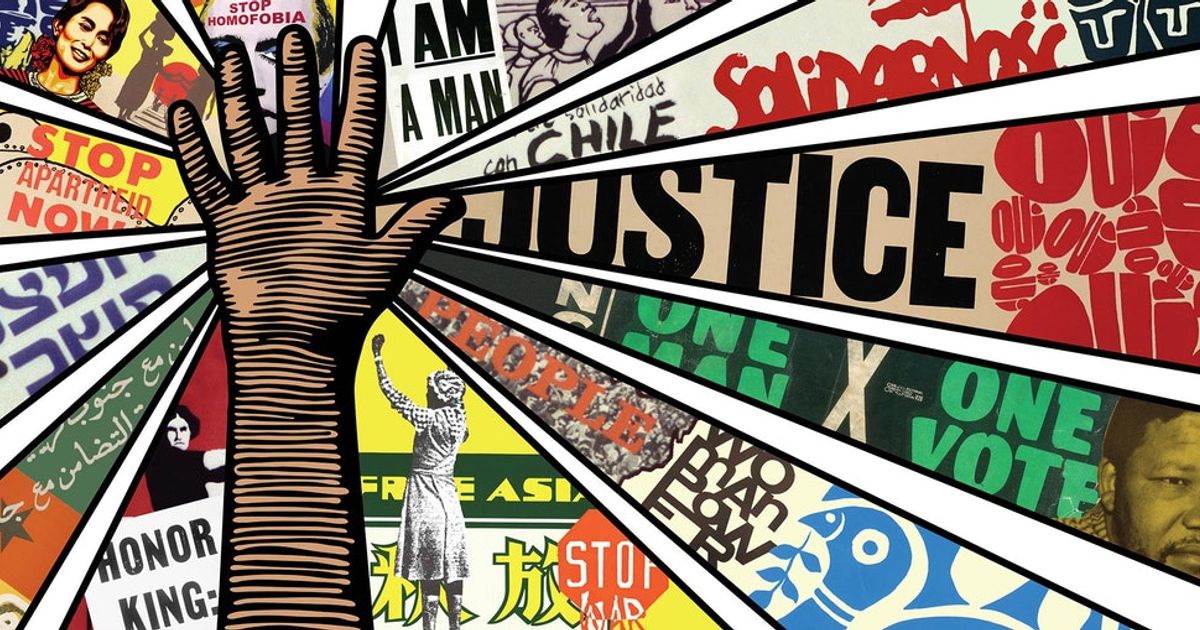 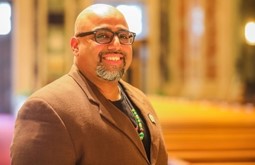 Over the October 22-24 weekend, the three of us had the privilege of gathering in Atlanta, GA with about 150 other members of the Vincentian Family. A goal of the conference was to have us examine our personal histories and to identify how these influence the ways we resist or reinforce racism. Another goal sought to strengthen the collective input of the FAMVIN by seeking opportunities for service and systemic change. The conference was facilitated by Zenique Gardner-Perry and James Meinert, co-founders of Undo Bias Consulting. The keynote speaker was Dr. Ansel Augustine who currently serves as the New Orleans Area Director for Vagabond Missions an outreach program to minister to at risk youth. Following the gathering, the three of us met to share our reflections on the conference.

JH        I was really excited by the gathering – younger people and people my age – such a gift of diversity. My understanding of the Vincentian Family expanded meeting groups I hadn’t known were part of FAMVIN. I was glad to be there.

MS     I was pleased at the diversity of people of color and white folk, about a 40/60 split. The BIPOC people present (Black, Indigenous, People of Color) represented different communities – an important aspect of the weekend.

KK      That diversity and energy also spoke to me – 150 people from all over the country – especially impressive in the midst of COVID.

JH       I loved the song “Build the House of Vincent” and the feeling that I’m part of this house.

KK       We prayed that song throughout the weekend.

MS      There was good energy as we began this tough weekend. The topic demanded full attention, to the experience and oneself, a deep level of sharing and trust in the group. 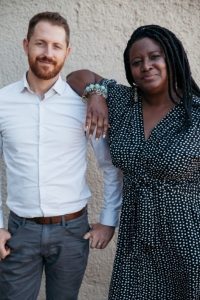 JH        I appreciated James and Zenique’s explanation of distancing behaviors that prevent acknowledgment of systemic racism.

MS     The facilitators challenged us to see racism as a white – not BIPOC – problem and never backed down on this new, strong message; one that may have been tough for white people.

KK       That message was often repeated. I came to understand it in a whole new way. After the BIPOC people caucused with Zenique and the non-BIPOC with James, both groups gathered. Initially uncomfortable with this color separation, I did appreciate its wisdom.

JH       Our Friday night informal gathering with the Leavenworth and Cincinnati Charities was a real experience of giving joyful witness to love.

KK       I agree, as well as our on-going interactions with them and other Federation people.

MS     That’s the richness of the FAMVIN gathering. Such side interactions concretize our family reality.

KK       We experienced how alive the charism is, that it will last long beyond us.

JH       The power differential between whites and BIPOC came up in my Saturday caucus group as we acknowledged that none of us had ever reported to a non-white person.

MS     I was a facilitator. In meetings with James and Zenique we addressed group and individual power dynamics. Some white people wanted more interactions with BIPOC. Some tables were all white – the facilitators did not want a BIPOC person alone at an all-white table. That got pushback from some whites.

KK      We were frequently told black and brown people are tired of explaining racism to white people. This was a huge awareness for me.

MS     That’s a great awareness; one not heard too often, one that brings a different perspective.

JH       It was important the BIPOC could say their word, share their experiences and we could do the same. Distancing behaviors were noticeable in my caucus. Martin Luther King, Jr. and Robert Kennedy. I sadly wondered “Has anything been accomplished?”

MS     Like “The White Savior”? Vincentians can easily fall prey to that: “Here I am to take care of you”.

KK       Saturday morning Dr. Ansel Augustine presented a documentary featuring New Orleans, before and after Katrina. An elderly black woman recounted worshipping at St. Peter Claver Church in her youth – black people sat in the last two rows, wondering if they would be given Communion.

JH       The documentary spoke about gentrification. When the New Orleans neighborhood of Tremé was rebuilt residents were displaced. This vibrant community suddenly dispersed, a common gentrification consequence.

MS     Ansel forthrightly aired some “dirty laundry”: he had to leave a Vincentian university that didn’t acknowledge his power as a man of color. BIPOC students connected with him on a different level than with some other faculty. His story wasn’t an “out there” example but an “in the family” example.

We visited the National Center for Civil and Human Rights Saturday afternoon. A display on the right entrance wall “For Coloreds Only” had photos of black families at barbecues, school, graduations, and weddings. The opposite totally separate wall “For Whites Only” had similar photos. Next came that familiar lunch counter where students tried to integrate “Whites Only” spaces in the 60’s. This was very interactive: you sat on a stool; felt your chair being kicked; heard the people yelling “I’m going to stab you with a fork in the neck”, and “Get out of here N…..” What an upsetting experience. What was that like for a black or brown person?

JH       The Freedom Riders exhibit was very moving for me. Seeing the faces of people – white and black – willing to give their lives for something they so believed in, filled me with awe, particularly for voting rights. And I asked “What’s happening in the US right now when we are taking away those very voting rights those people fought for so hard, so long ago? What am I willing to do for voting rights?”

KK       For me, the most powerful was the 1963 March on Washington exhibit: listening to the beautiful singing, the powerful speeches; watching people of many races joined arm-in-arm in the protests. JFK was killed that November; 5 years later Martin Luther King, Jr. and Robert Kennedy. I sadly wondered “Has anything been accomplished?”

JH       I couldn’t begin to articulate my feelings the next day in my dyad as we shared about our visit.

MS     We earlier considered distancing behaviors. During the museum experience, I was reminded of a 1990’s panel on feminism that considered minority groups’ challenges. A Chicano female participant advised against “Oppression Olympics”. Each oppressed group’s struggle should be honored, not compared, similar to James’ term “competing victimization.”

KK       Next was the wonderful liturgy with Bishop Fernand Cheri from New Orleans. Besides how he presided and his powerful homily, I appreciated his presence throughout the conference. 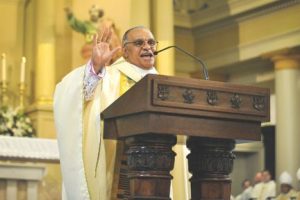 JH        I loved what Bishop Cheri said. First, “If you have any programs to deal with racism the best program is within yourself.” It’s really about personal conversion. Second, “The Vincentian family has to consider a new way of looking at poverty: racism is an integral part of poverty – a systemic issue to address.” He implied Right to Life is not just about one topic. It includes rights to housing, food, employment, medical care. He asked, “where are the Right to Life people?”

MS     The bishop connected this with the killing of black people. “Where is their right to life? Where are the Right to Life people when that happens”?

JH       Bishop Cheri seems “right there.” I think he’s angry in many ways, at the hierarchical church and the failure of the US bishops and the Right to Lifers for doing little to respond to systemic racism.

KK      We frequently heard “racism is a white issue.” Bishop Cheri said, “400 some bishops in the USA, 6 of them are black; the chairperson of the Committee against Racism is a black bishop. Why is that?” The music, provided by a local black church choir, was incredible. Bishop Cheri was so connected with the music, even singing as he began his homily.

MS     The liturgy and a lot of the morning prayer were Afro-centric, or led by black people, which was great. We need to have this experience, listen to that word. For all its seriousness and struggle on a difficult topic, I left there with hope, and a sense I need to engage in and understand this more.

KK      Hearing the young white woman, so hope-filled and future-oriented, lead the closing prayer filled me with profound hope. The weekend – being there with both of you – was a graced experience.

JH       That woman struck a deep chord within me. She said, “when I see all the young people here, you are the future of the charism of charity.” She also said, “this is a wonderful opportunity to gain wisdom from the elders who have been here before you.” That was so beautifully articulated it gave me hope, as did the whole weekend.

JH       As the conference concluded we caucused with local people to choose goals. The three of us and Melissa Camardo decided to make a conscious effort to: worship in a multicultural environment; support BIPOC businesses, restaurants, bookstores; rid our language of a “we-they” mentality.

KK      The facilitators will use that feedback to connect local groups from different parts of the country.  Moving forward, this will help us implement some of our dreams and keep us accountable. James and Zenique will also be available to work with Melissa, who did a great job facilitating the conference, in going forward with this whole endeavor.

MS     I really welcome that – to get to know people and continue to connect. I’m hoping folks who attended this conference will go to the next one. We’ll bring a whole different lens and be able to address the issues we dealt with here. The seed’s been planted. 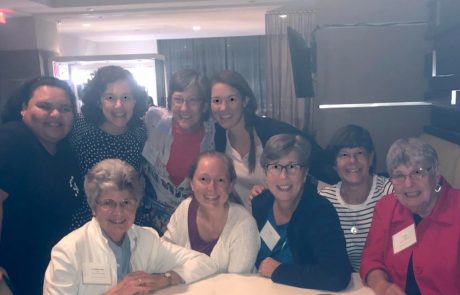 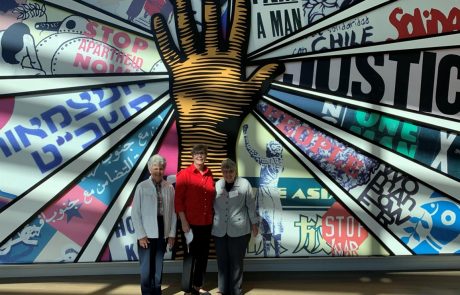