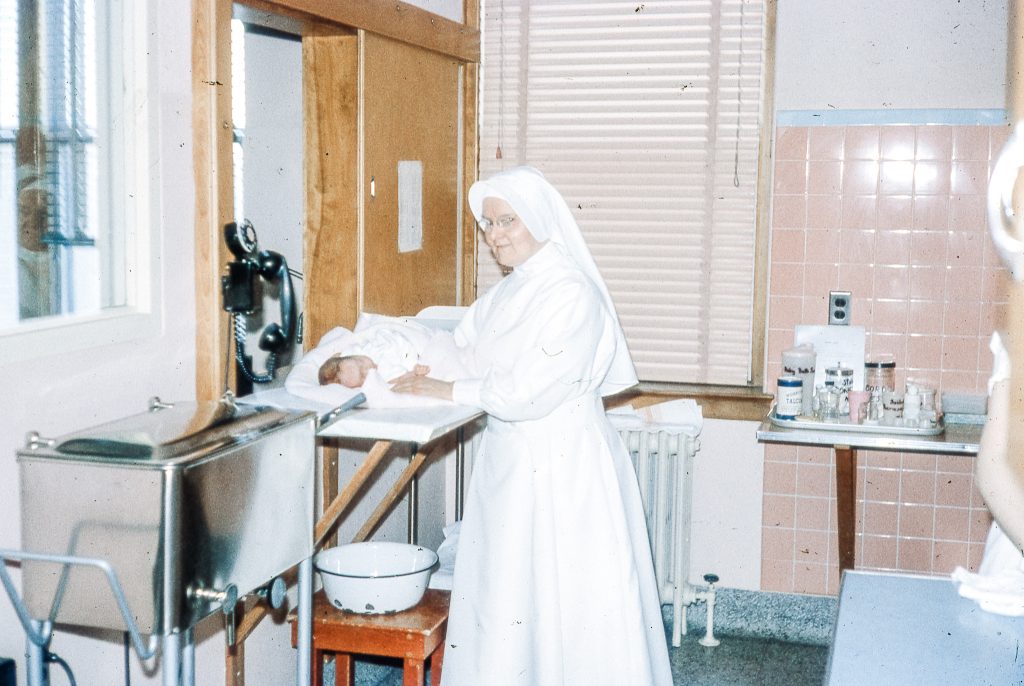 The Sisters first started their health care ministry in North Sydney, NS at the Hamilton Memorial Hospital in 1908. As a tribute to his late son Charles, Mr. Alexander G. Hamilton financed the 10 bed hospital, including purchasing a building, transferring the deed to the Sisters, and outfitting the hospital.

The former Hamilton Hospital became Stella Maris Residence for the elderly. In 1975, the Sisters transferred ownership of St. Elizabeth Hospital to the Province of Nova Scotia and renamed the facility to Northside General.

We keep hope alive knowing how blessed we have been by the prayers and love at home and all over the world.

How we are coming together during the pandemic

A parade, Zoom chats and in-person ministry. A glimpse at how we are coping during COVID-19.

Praying during the Pandemic at Mount Saint Vincent, Wellesley

The Lenten season was profoundly moving this year not only because it coincided with the Pandemic Coronavirus but also because of the reflections offered by Sisters Mary Ann Connolly and Judy Park.

The Sisters first started their health care ministry in North Sydney, NS at the Hamilton Memorial Hospital in 1908.