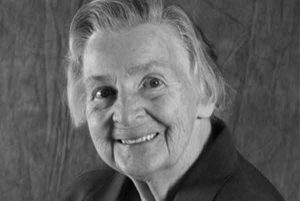 Tramble, Sister Claire (Claire Vincent), 93, died in Parkstone Enhanced Care, Halifax, NS on March 8, 2017. Born in Monastery, Antigonish Co., NS on August 13, 1923, she was a daughter of Walter W. and Mary Ann (Purcell) Tramble. She entered the Sisters of Charity – Halifax on August 15, 1943 and made her perpetual vows on August 15, 1952. As a young sister, she studied nursing at the Halifax Infirmary and received her R.N. in 1950. From 1950 to 1969 she ministered as a Registered Nurse in several hospitals and nursing homes including Lourdes Sanatorium, Halifax Infirmary, St. Brigid Home, Quebec, Mount Saint Vincent Motherhouse and St. Elizabeth Hospital, North Sydney, NS. In 1969, she was transferred to Hardisty, AB where she served both as a staff nurse and the nursing supervisor at St. Anne Hospital. Her next assignment brought her to Edmonton, AB for three years where she worked in the Wetaskiwin Municipal Hospital in nearby Wetaskiwin, AB. After a brief period of service in Mount Saint Vincent , Wellesley Hills, MA, she returned to Edmonton where she served in Edmonton General Hospital while also visiting the aged and sick in the parish. Following this five-year assignment, she enjoyed a year in Arnprior, ON engaged in the Galilee Program. Sister Claire retired from nursing in 1982 and did volunteer work such as visiting the sick, driver and infirmarian for the Congregation and as a receptionist. In 2008, she moved to Caritas Residence in Halifax and in 2010 she transferred to Mount Lane in Parkstone Enhanced Care, Halifax. Sister is survived by her sister Barbara Kennedy (Antigonish); by her brother Purcell (Ontario); by her niece Sister Mary Lynne Tramble, a Felician religious; by her cousin Rev. Eugene Tramble, OSA; and by her sister-in-law Penny Tramble. She was predeceased by her sisters Rita Sullivan and Alice Bouchie; by her brothers Hubert, Leo, James and Bernard. The body will be in Caritas Residence on Sunday, March 12, with visitation from 3 pm until the Prayer Service at 7 pm. A Mass of Christian Burial will be celebrated on Monday, March 13, at 10 am in the Immaculate Conception Chapel in Caritas Residence. Burial will follow in Gate of Heaven Cemetery, Lower Sackville, NS. In lieu of flowers, donations may be made to the Sisters of Charity Ministry Fund.