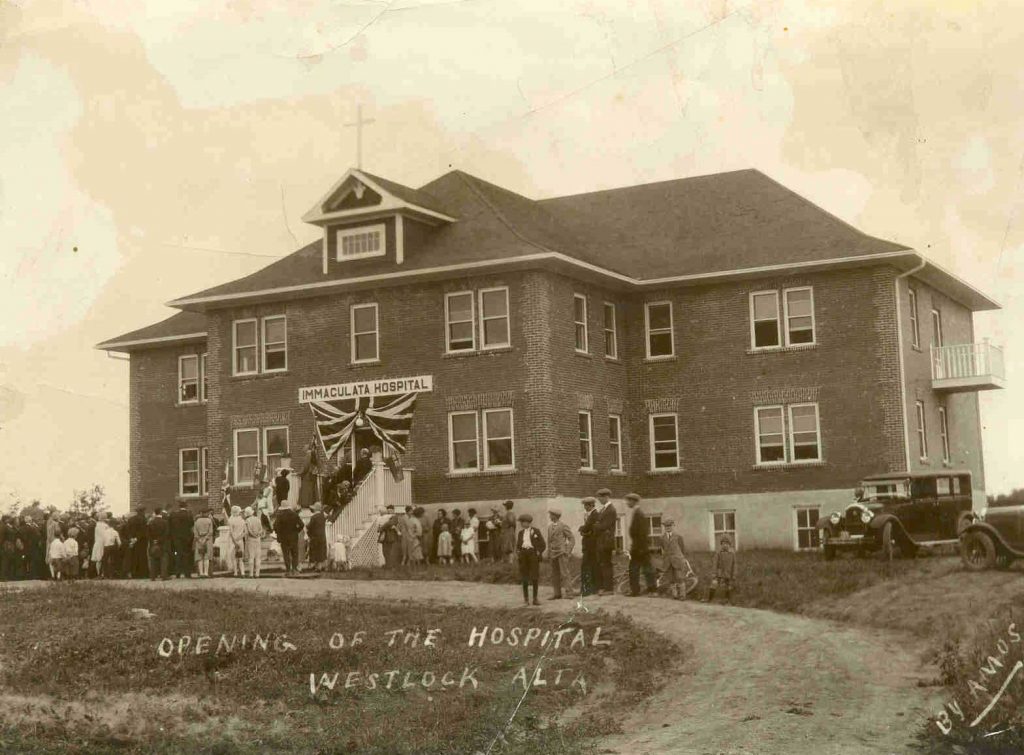 On May 22, 1927, a telegram from Reverent Mother General was received by Sister Elizabeth Seton, Superior of the Halifax Infirmary, calling her and Sister Marion Francis to Edmonton to start a hospital in Alberta. On May 27th, Sisters Elizabeth Seton and Marion Francis left Halifax, arriving in Edmonton on June 1st. On June 9th, the Sisters started their missionary work in Westlock, AB in a small wooden structure that would temporary act as the hospital. On June 14th the first patient was received, and on June 16th the first operation, an appendectomy, was performed. By January 5th, 1928, the construction on the new hospital, now called Immaculata Hospital, was far enough along that the patients were transferred from the temporary building. A formal blessing by Archbishop Henry J. O’Leary took place on July 22nd, 1928. On July 20, 1949, the cornerstone of the new wing of the hospital was laid and by November 21, 1950 all patients were moved into the new wing.