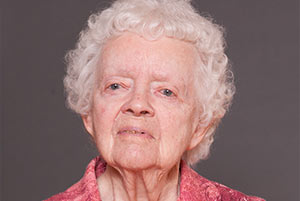 Martin, Sister Frances Teresa (Mary Teresa), 94, died on   July10, 2018  in Halifax at Parkstone Enhanced Care.  Born in Dartmouth, she was the daughter of John and Mary (McArthur) Martin.  She entered the Sisters of Charity-Halifax in 1944 and made her religious profession in 1947.  Sister taught music in Amherst, NS for several years before being assigned to the West where she taught music for over 30 years both privately and in schools in Vancouver, Burnaby, Surrey and Edmonton.  Upon retiring in 1992, Sister returned to the Motherhouse where she contributed not only her musical talents but also became Archivist for the Sisters of Charity.  She is survived by a niece, Theresa Babb and a nephew, Christopher.  She was predeceased by her parents and  her two brothers, Bernard and John Patrick. Visitation will be at Caritas Residence on Thursday, July 12, from 3 pm until the Prayer Service at 7 pm.  A Mass of Christian Burial will be celebrated on Friday, July 13 at 10am in the Immaculate Conception Chapel in Caritas Residence.  Burial will follow in Gate of Heaven Cemetery, Lower Sackville, N.S.  In lieu of flowers, donations may be made to the Sisters of Charity Ministry Fund.