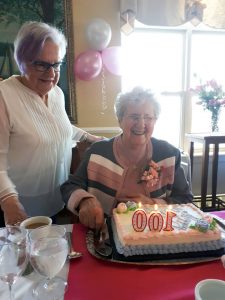 Music and sports were front and centre in my growing-up years. My Dad was a curler; both my brothers were sports enthusiasts, especially keen on hockey. My mother loved to sing and listen to music on the radio.

From my earliest years I was welcomed in my mother’s kitchen. I made fudge, chocolate cake with messy frosting and date squares, all of which delighted my brothers. Not having a sister as a companion, I made friends in the neighborhood and in school. These early friends and my later teen-aged ones I consider to have been a great and cherished blessing.

Like so many families of the late 20s and early 30s, my own family was affected by the Great Depression as I know it had a maturing influence on me. It made me less fixated on my own personal inconveniences and more aware of the problems of others.

HOW DID I BECOME A SISTER OF CHARITY

The Sisters of Charity were never strangers in my life. My Dad’s sister was Sister Inviolata, known to us as “Aunt Nell.” She ministered in Boston until my late teen-age years when she returned to Halifax, to the Motherhouse. I seldom met her but my father often spoke of her. My Mother grew up in Boston, so I visited Sister on family trips.

My teachers throughout my school years were almost exclusively Sisters of Charity. In my senior years at St. Patrick’s Girls High School, a Sister whom I liked, asked me of my future plans which were tentatively to become a teacher. Her response “As a Sister of Charity?” led me to a time of discernment. At the age of 18 I entered the Postulate of the Sisters of Charity on 8 September 1938.

In 1948 I received my Bachelor of Arts from Mount Saint Vincent University and four years later, in 1952, my Master of Arts from Saint Francis Xavier University.  In subsequent years, most by summer study, I took courses in the field of Reading Specialist. For several years I was involved as a tutor in the Reading Clinic sponsored by Mount Saint Vincent University and in the tutoring of Adults in Special Education programs.

My further studies after retirement from teaching were in Clinical Pastoral Education and in Scripture taken mostly at the Atlantic School of Theology in Halifax.

My early years of ministry were spent as a teacher of elementary grades at Saint Patrick’s School in Halifax. During those years, I especially enjoyed my daily music periods. When teaching Grade one, these were fun times with a Rhythm Band. I have a picture of myself as a five year old standing on a chair while directing a Kindergarten Rhythm Band.

I formed a choir of children from Grades 4 to 6 who sang each Sunday at our Children’s Mass in Saint Patrick’s Church. Sister Theresa Campbell was our prized organist.

During my last years at Saint Patrick’s, I served as Local Superior and for two years as Principal of the Elementary School.

I changed School and grade levels a few times, all in the Halifax area. The final assignment was teaching a Grade Five class in Bedford Elementary School.

The community at the Bedford convent was a very special group. Lifelong friendships were formed. These were post Vatican II years with its time of change and challenge – a truly special time of blessings on our Church and Community.

After 37 years as a teacher, I officially retired and was granted a sabbatical year for Religious Studies in Spokane, Washington. The Credo Program offered at Gonzaga University was a life-giving experience─new friends and travel with never-to-be-forgotten memories. During breaks in the Program, I visited many of our sisters living in Edmonton, Vancouver, Summerland and Westlock, ending with a trip to the Holy Land, an integral part of the Program. It was a broadening experience and a year of learning and relaxation.

During my Sabbatical Year my studies included a course in Death and Dying. As I was discerning a future ministry, this course was directional. Also, as a young sister, I had the duty of “infirmarian” which included minimal care of sisters with slight ailments.

On my return home from Spokane, I formally began my preparation for Pastoral Care Ministry, taking necessary courses at A.S.T. I spent several years of ministering at the IWK Children’s Hospital as Catholic Chaplain­─ a role I found to be fulfilling. Much of my time was spent supporting and consoling anxious or grieving parents as well as spending time with the children.  I am truly grateful for these special moments spent with needy children and their devoted parents and staff.

Throughout many of these years in Pastoral Ministry I lived in the Formation House in Herring Cove. These were challenging and happy years. I enjoyed the spirit and honesty of the novices’ efforts to live out their chosen vocation. While there, I directed a Parish Program, allowing me to appreciate the faith of the parishioners.

After my years of Hospital Ministry I moved to the Convoy Avenue Community in Saint Pius X Parish. These were highlight years of my years of ministry. The sense of Parish Community was strong and I quickly felt at home. Parish visiting of the home-bound and in hospital, and involvement in the Liturgical programs, especially the RCIA Program, gave me the opportunity to meet many of the parishioners. I joined a Prayer Group that met weekly in a home environment. Our meetings continued for many years even when I moved to another convent. During these years at Convoy Avenue I began a long and happy friendship with Immigrant families from Kosovo and Bosnia. To this day we met regularly and have become true friends.

Moving to Saint Stephen’s Convent when our Convoy Avenue convent closed, my life quieted down. After some years of parish involvement, I really began my retirement years.

In my years at Saint Stephen’s, I spent much valued time with my priest-brother Henry. We had many outings together before he became ill and finally, very special time, visiting him at his Retirement Home. Treasured memories!

My close friend of 50 years, Sister Anne Fleming, died on 23 November 2018. It was most difficult to say good-bye. Anne remains a happy memory.

In August of 2017, I moved to Caritas Residence, our Retirement Home.  The beauty of the surroundings and the peacefulness of living here has been a special blessing. Participating in Community directed programs such as Assemblies and Chapter planning and a very special retreat on The New Cosmology were gratefully followed.

My life has been truly blessed by God and I am most grateful.

A prayer card I found in my brother’s Bible is a favorite of mine.

“All that I am I offer to You,

that I may be transformed in gratitude and prayer.” 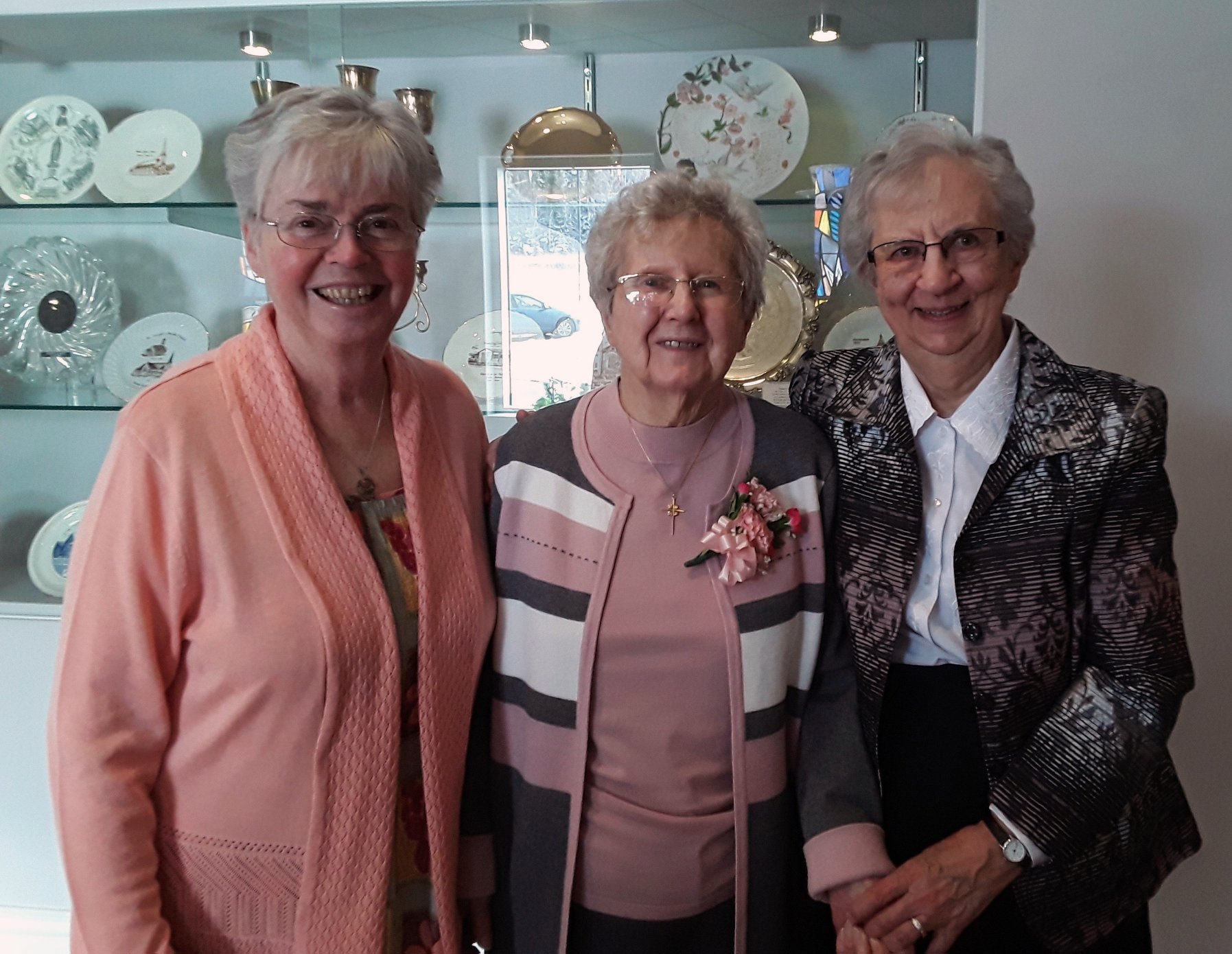 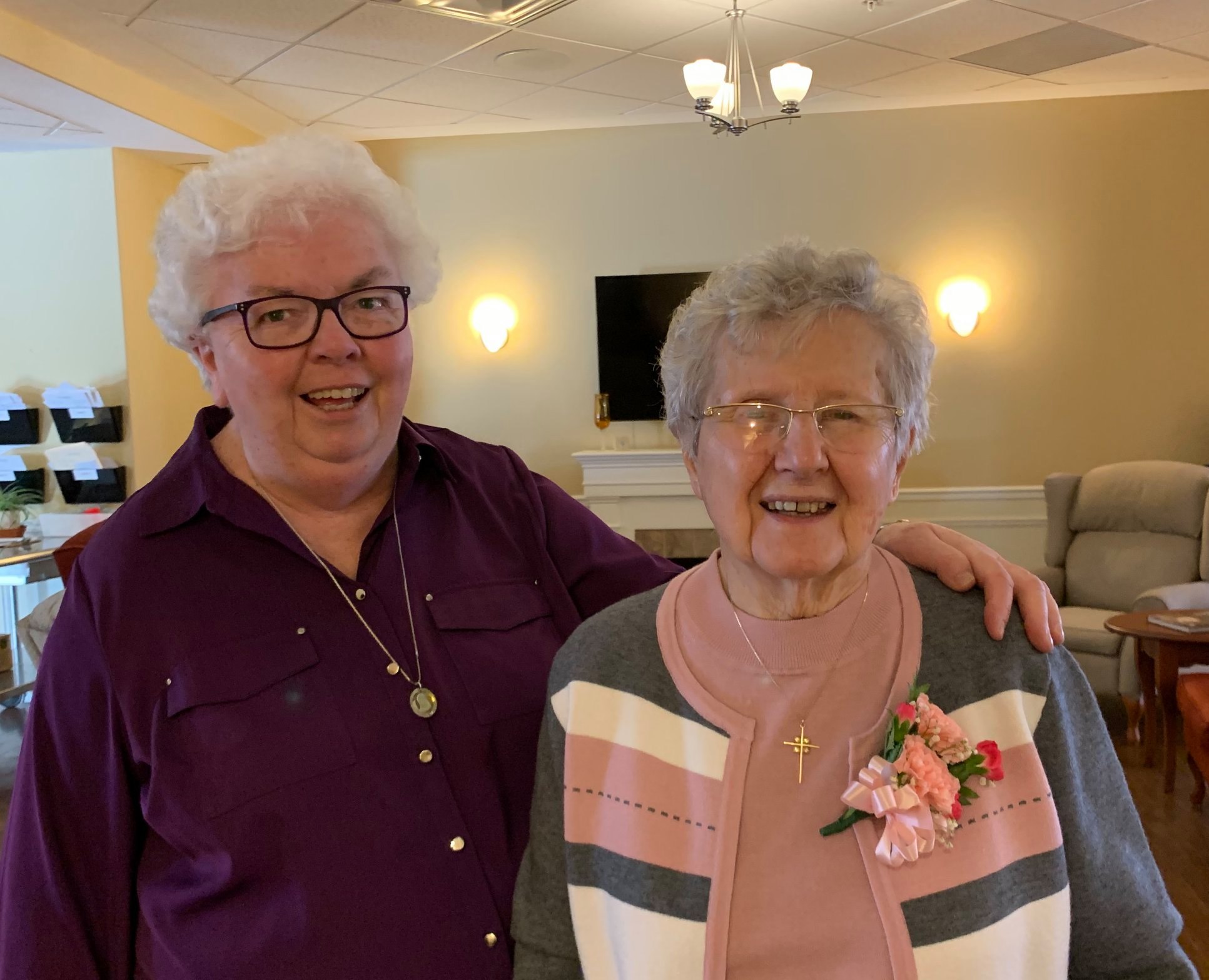 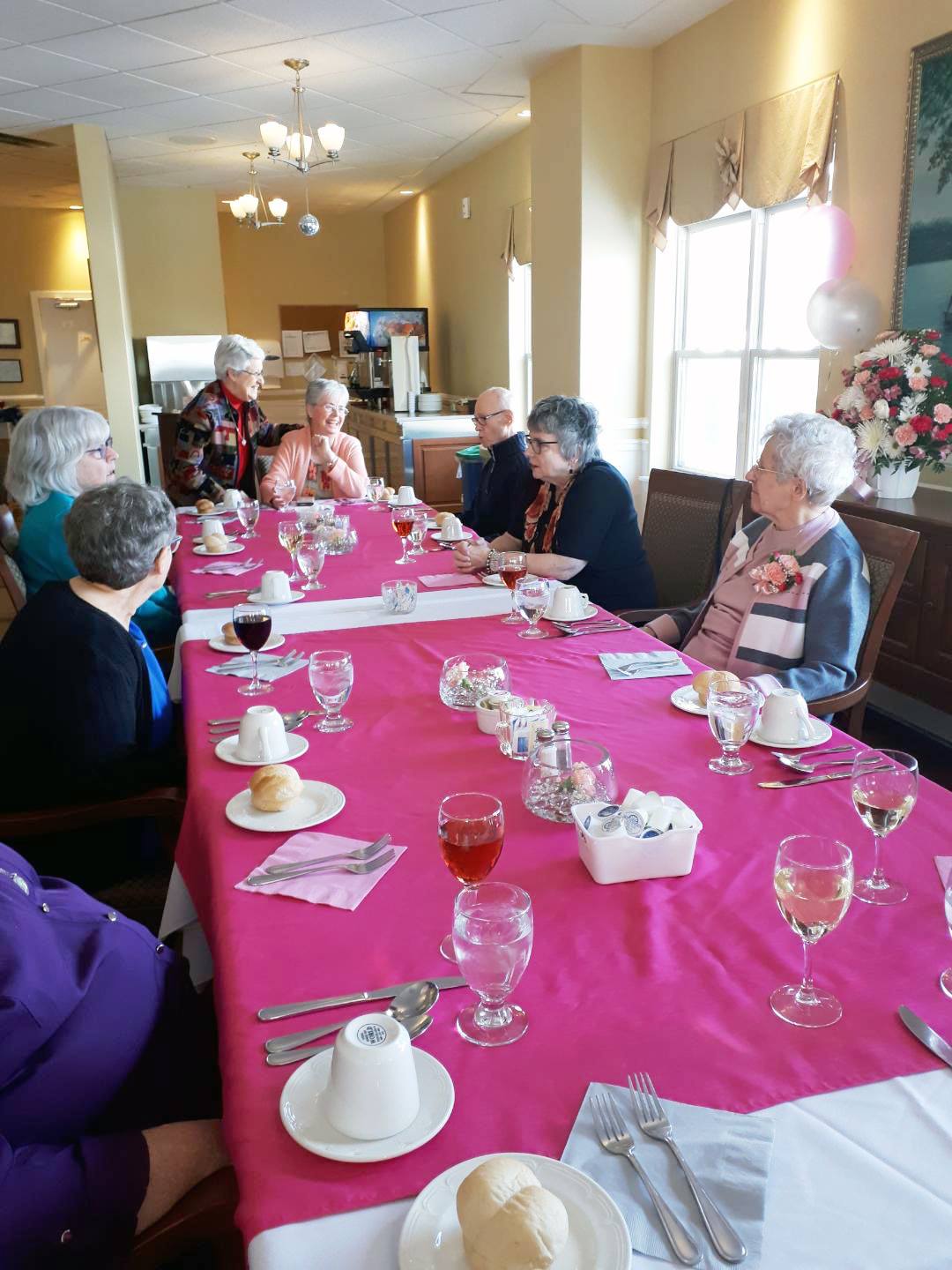 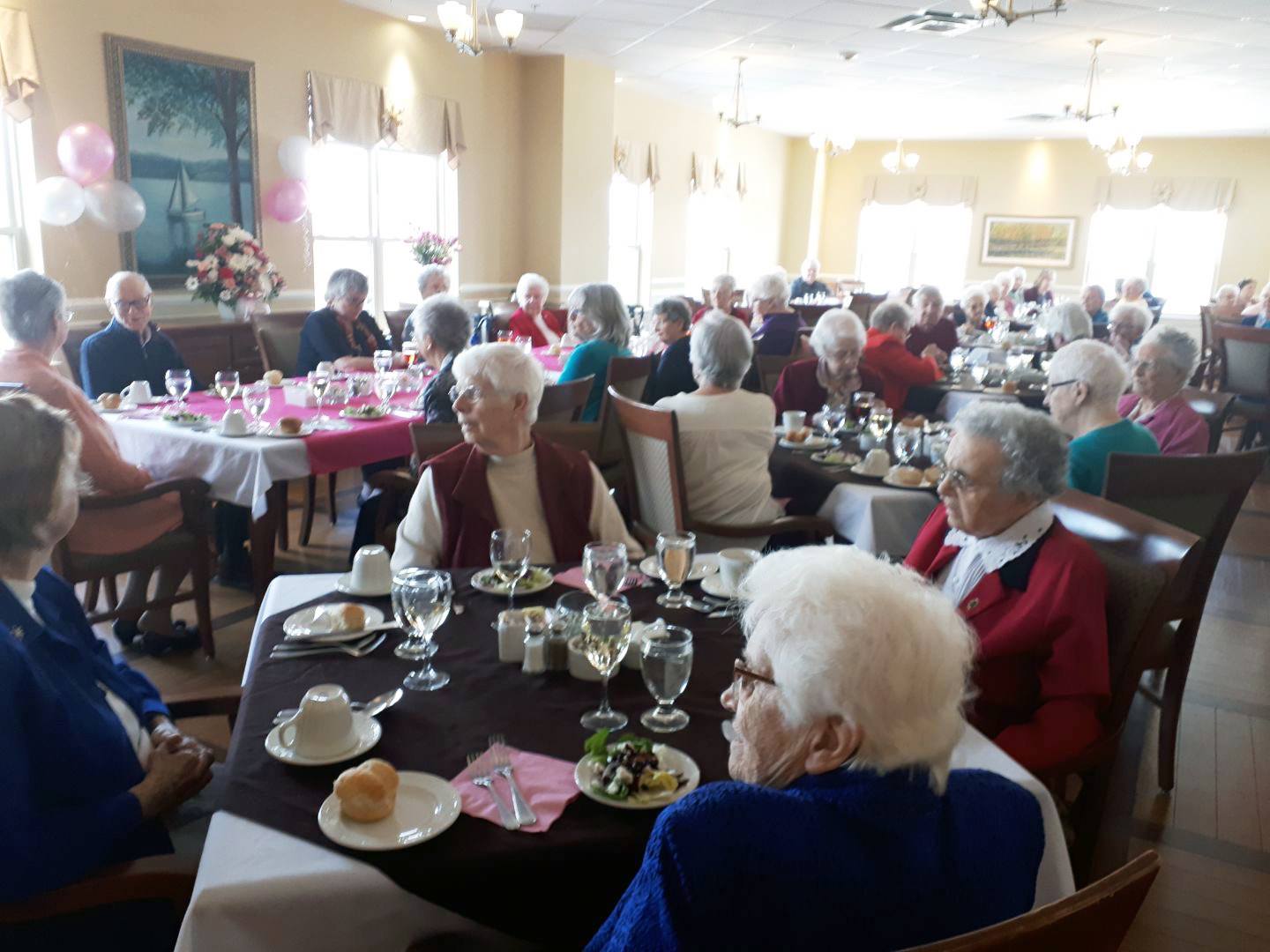 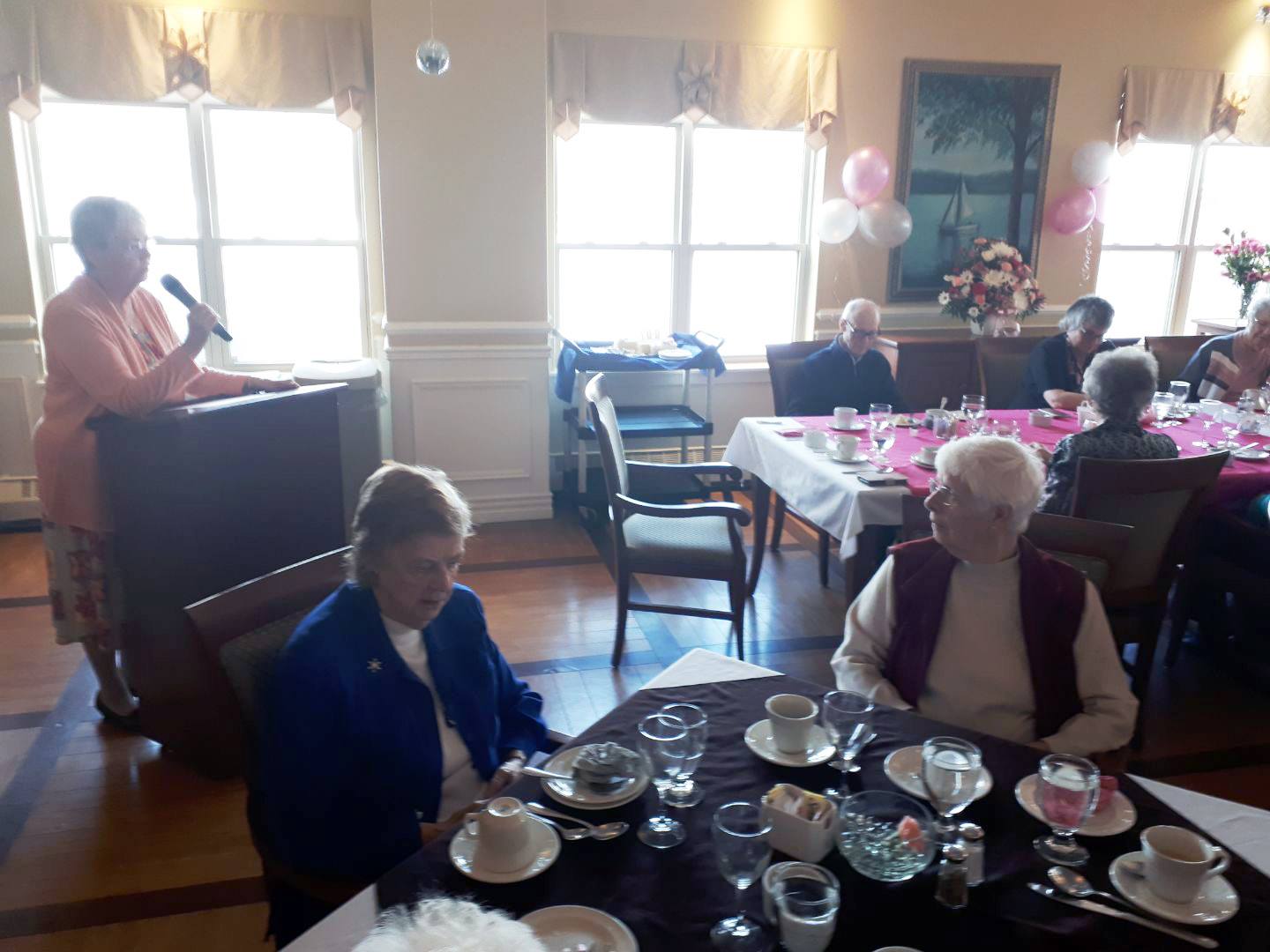 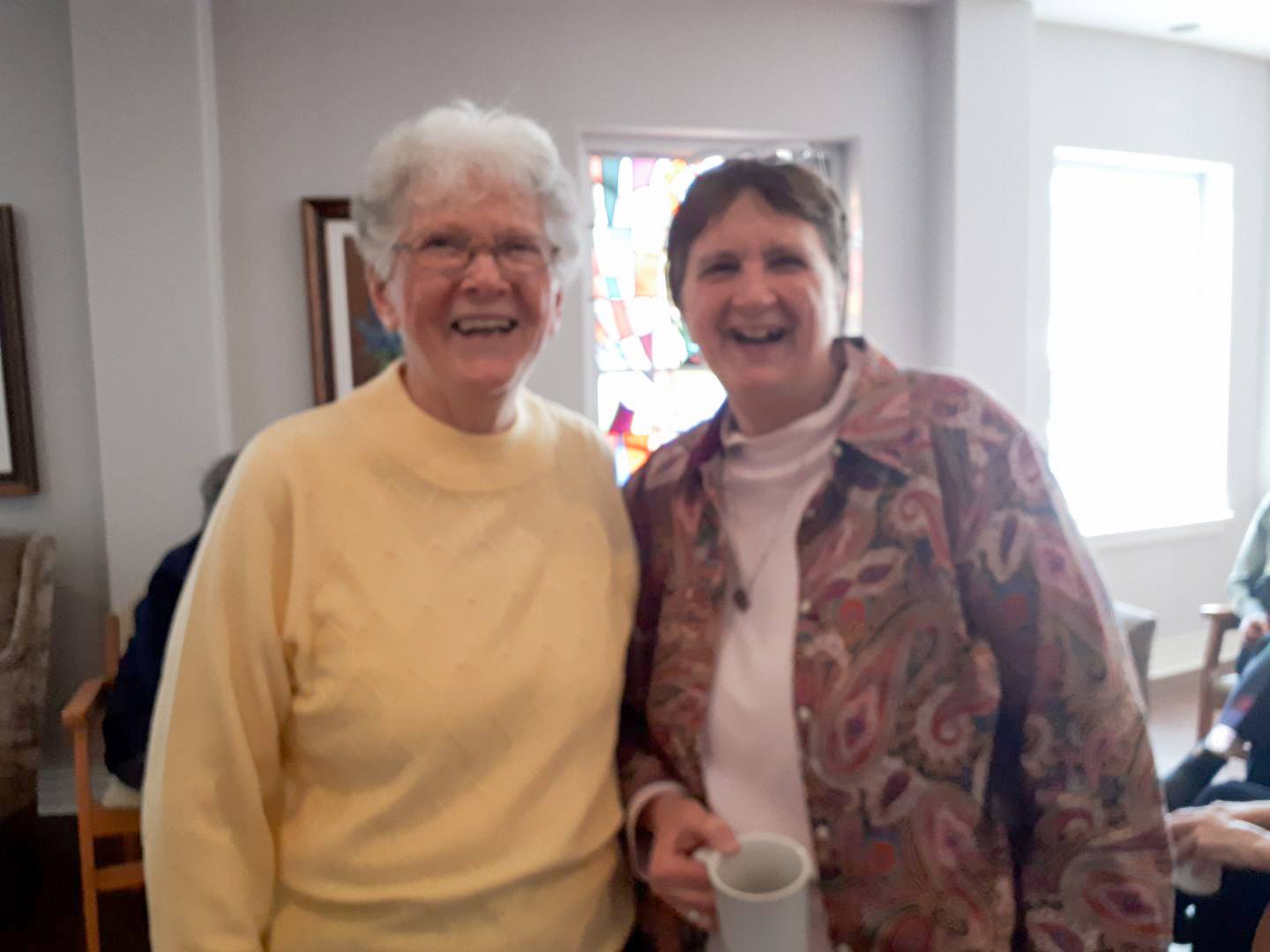 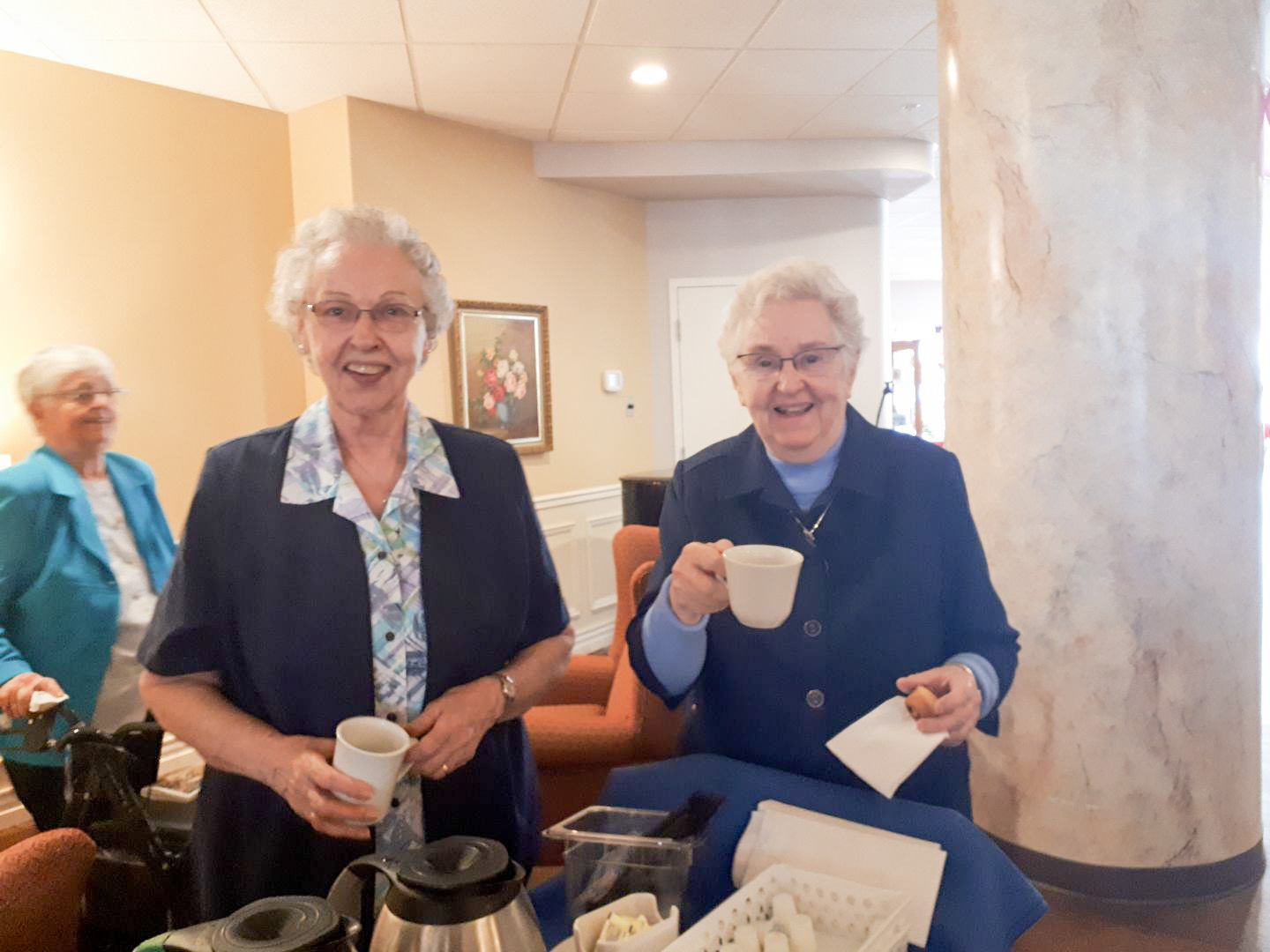 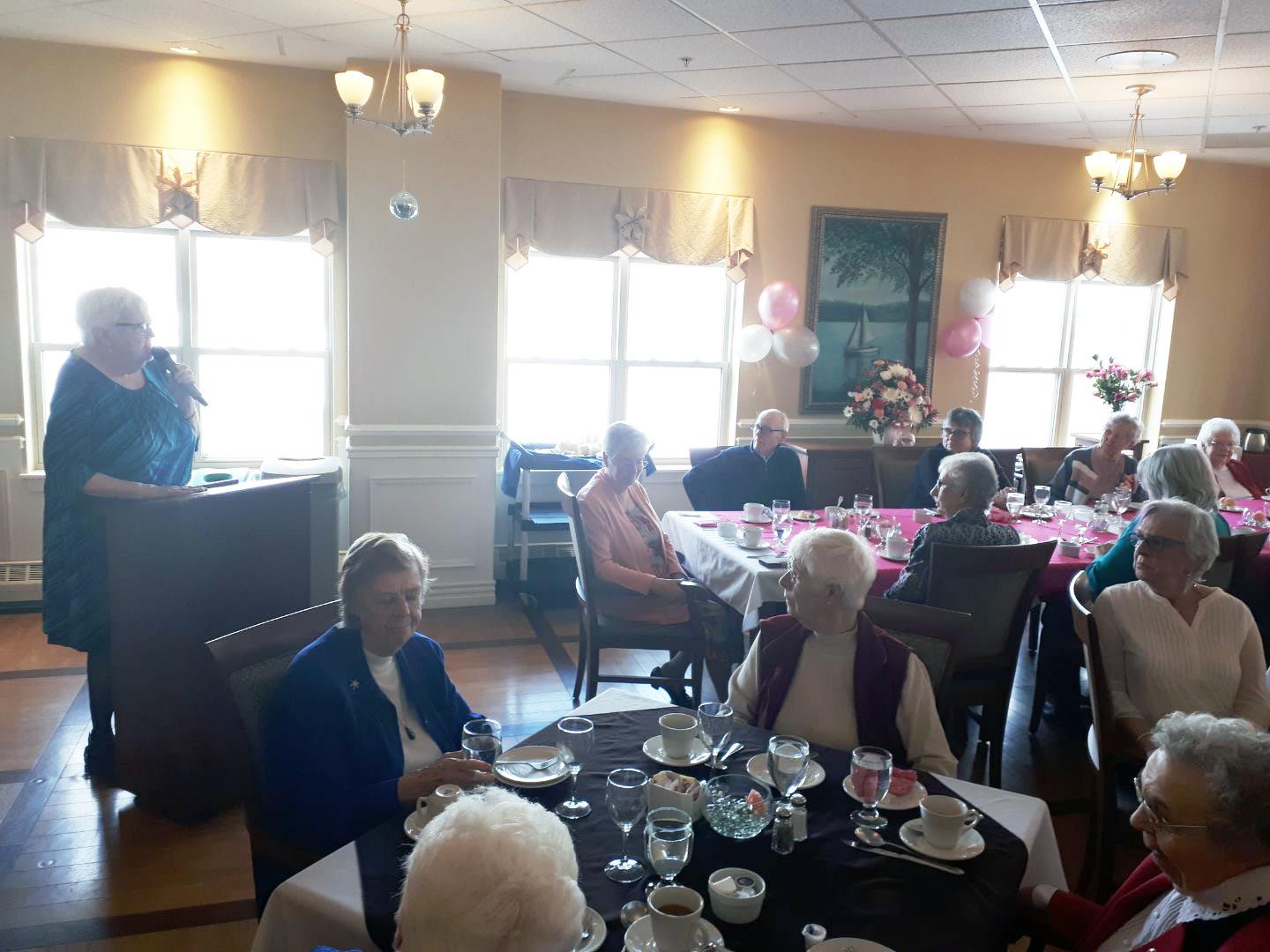 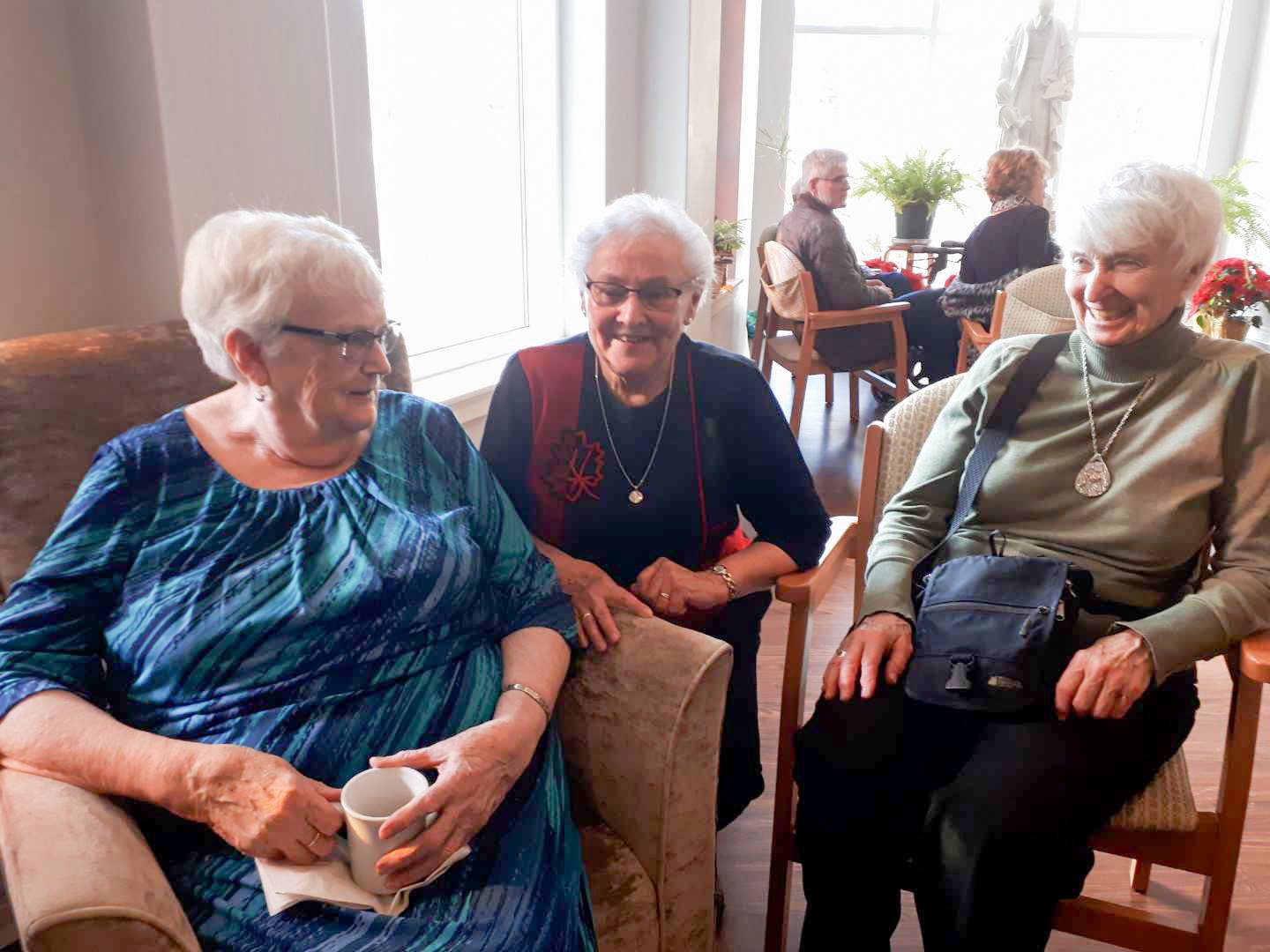 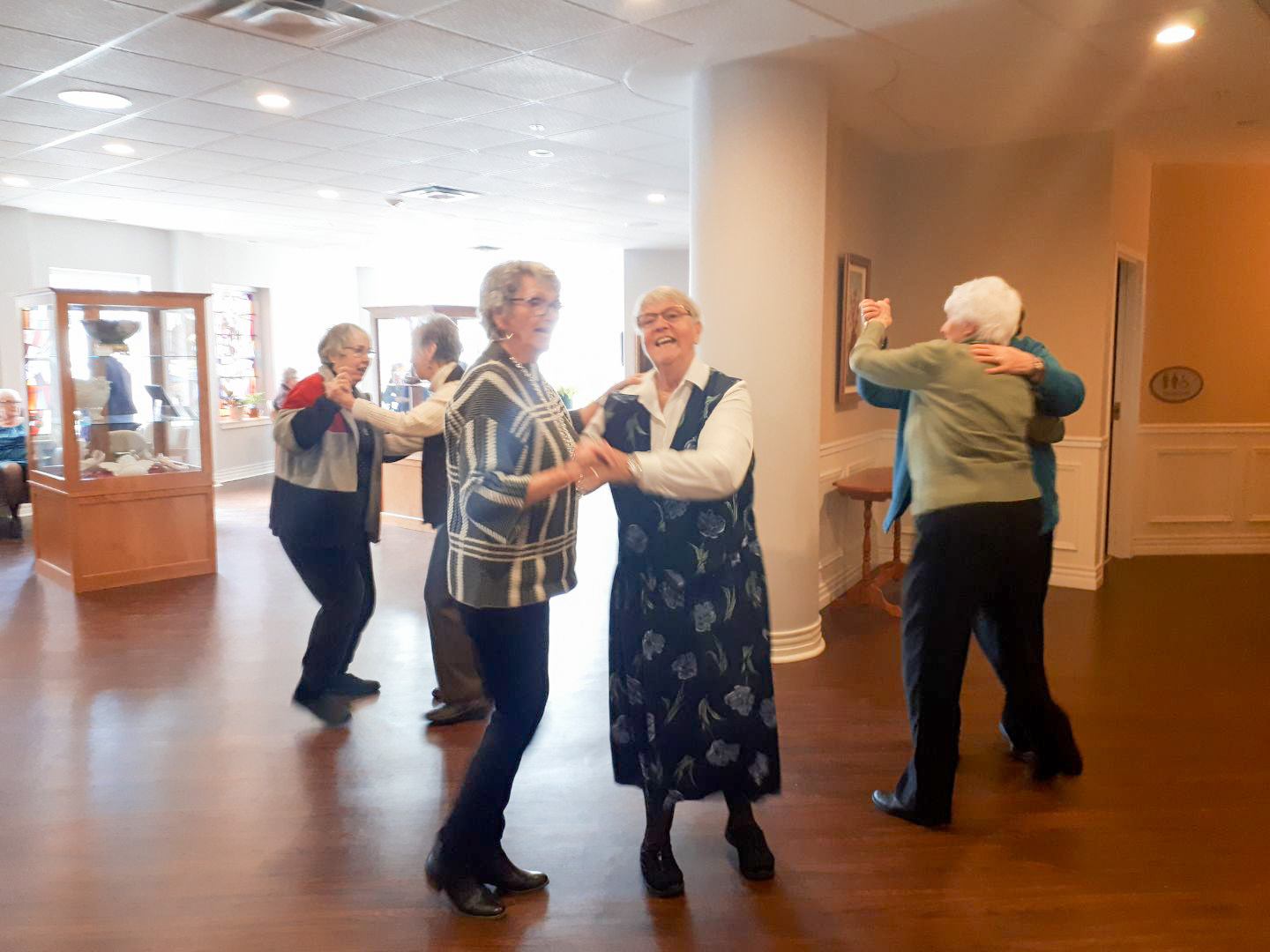 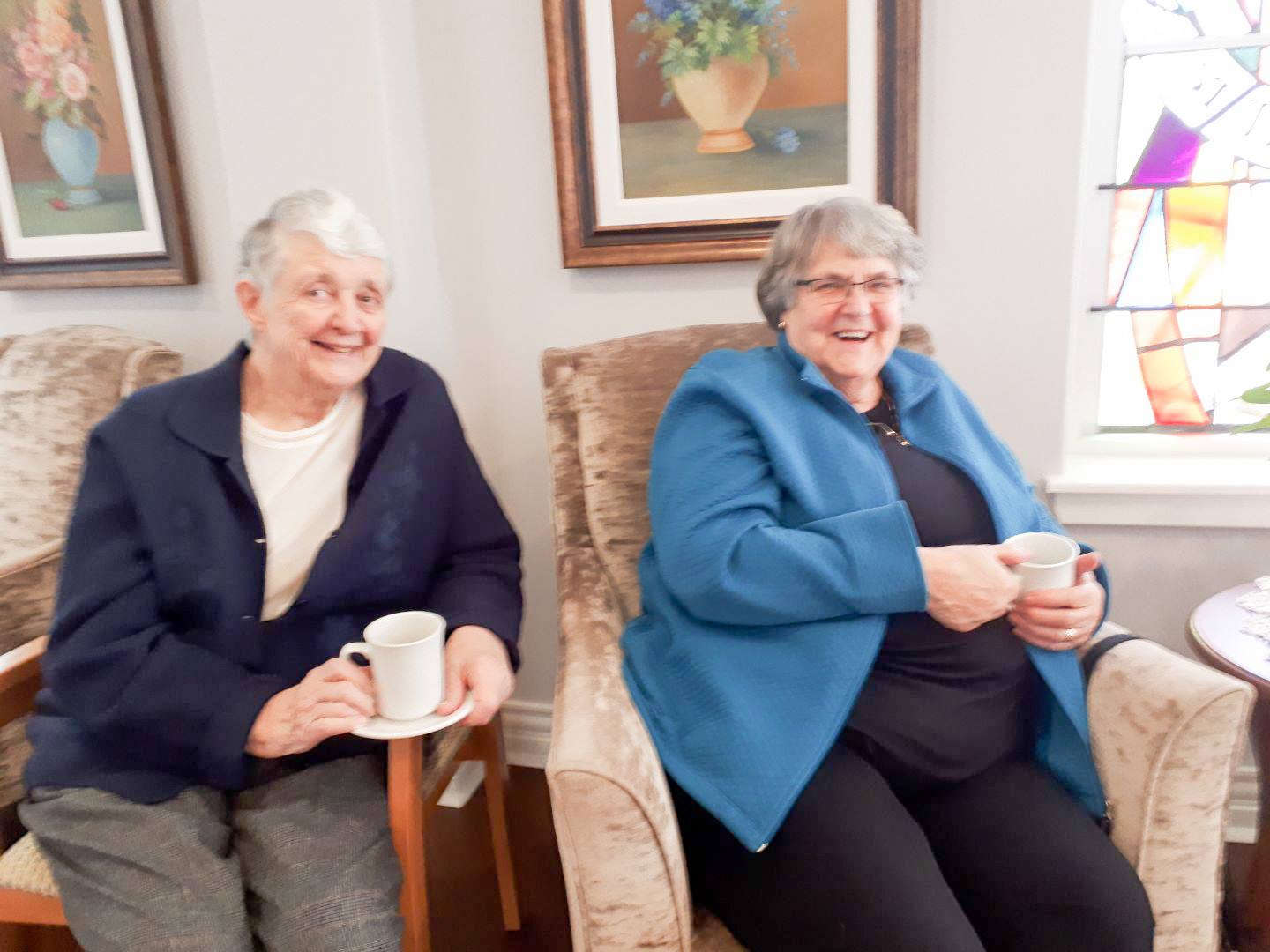 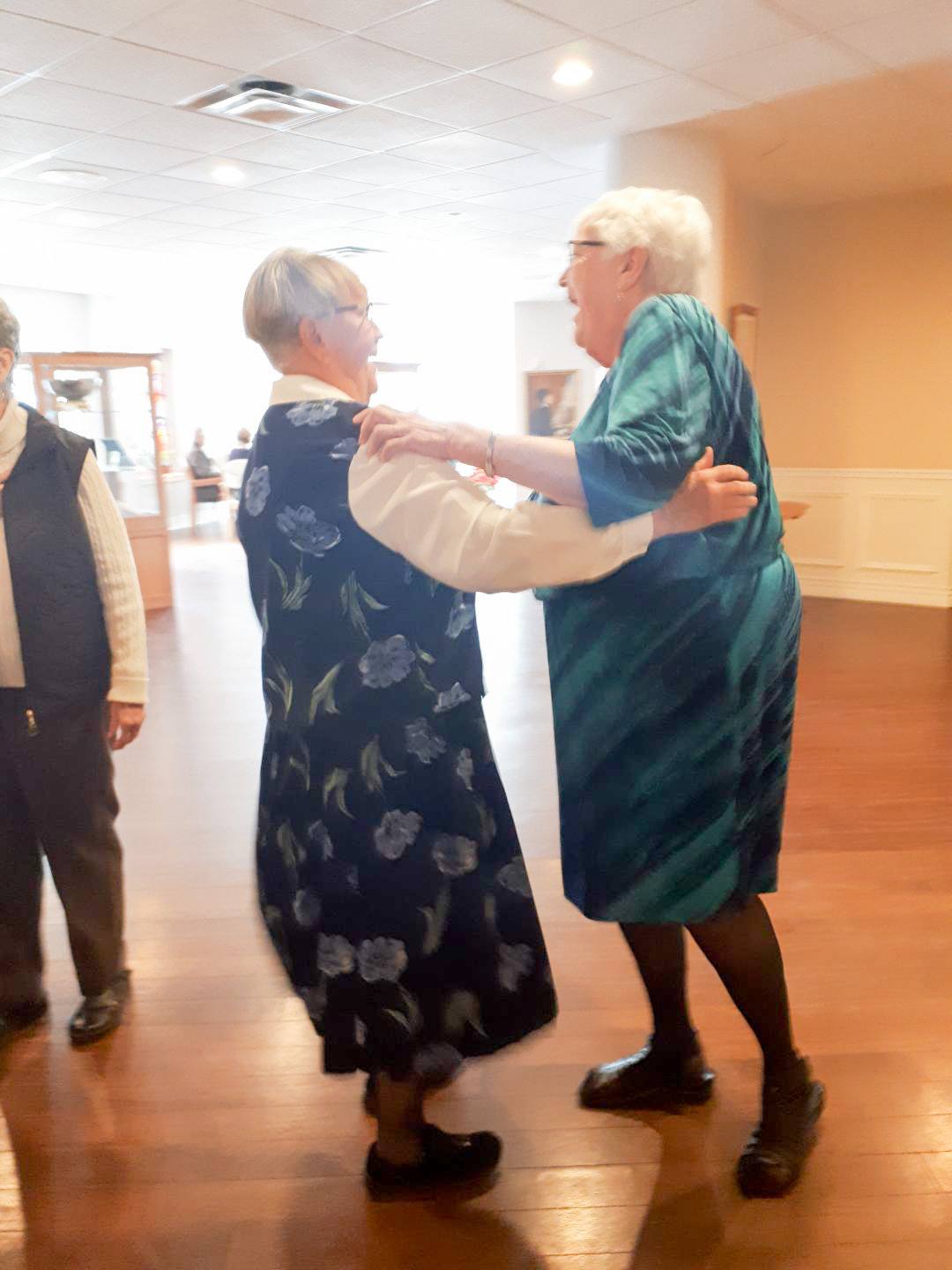 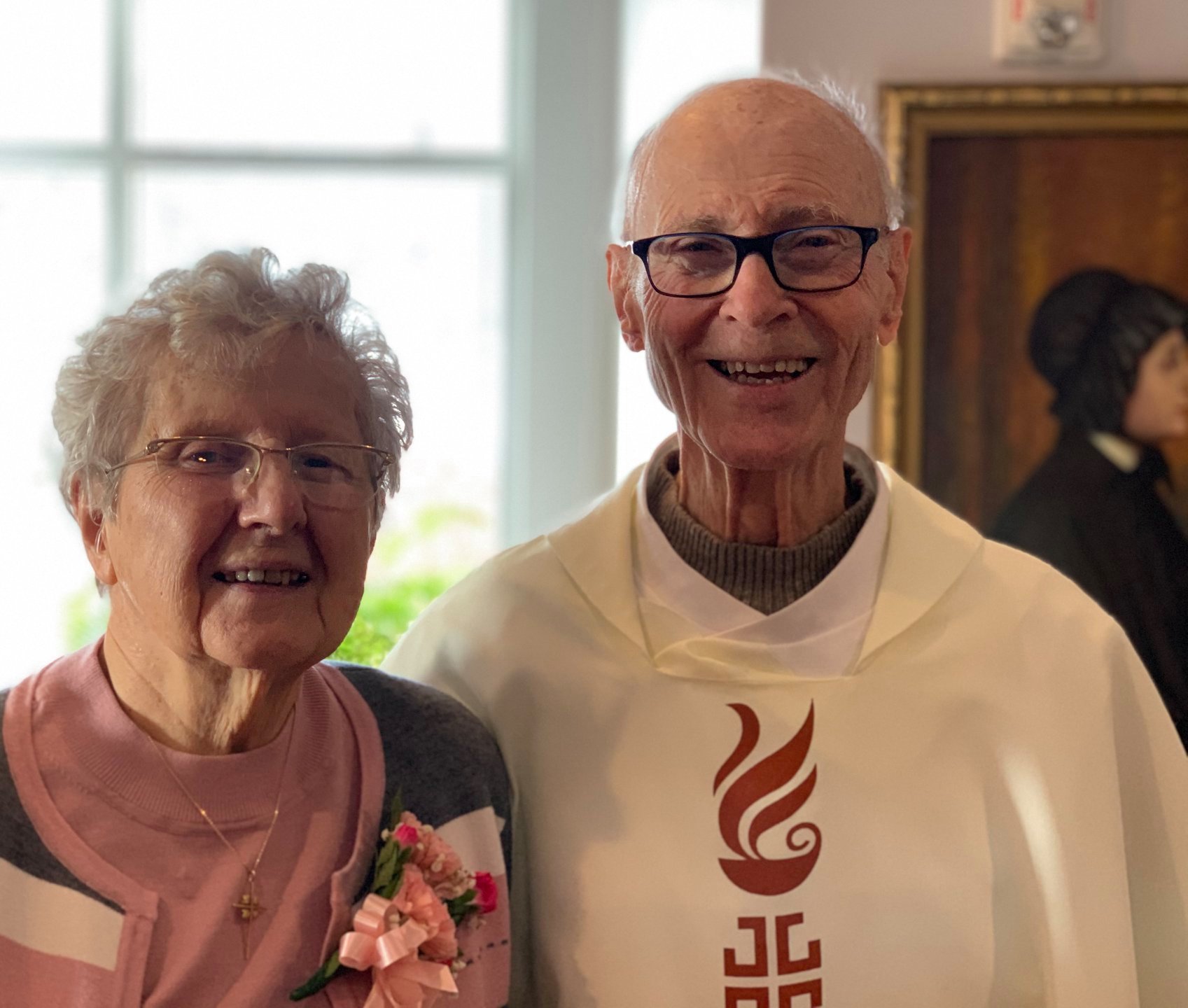 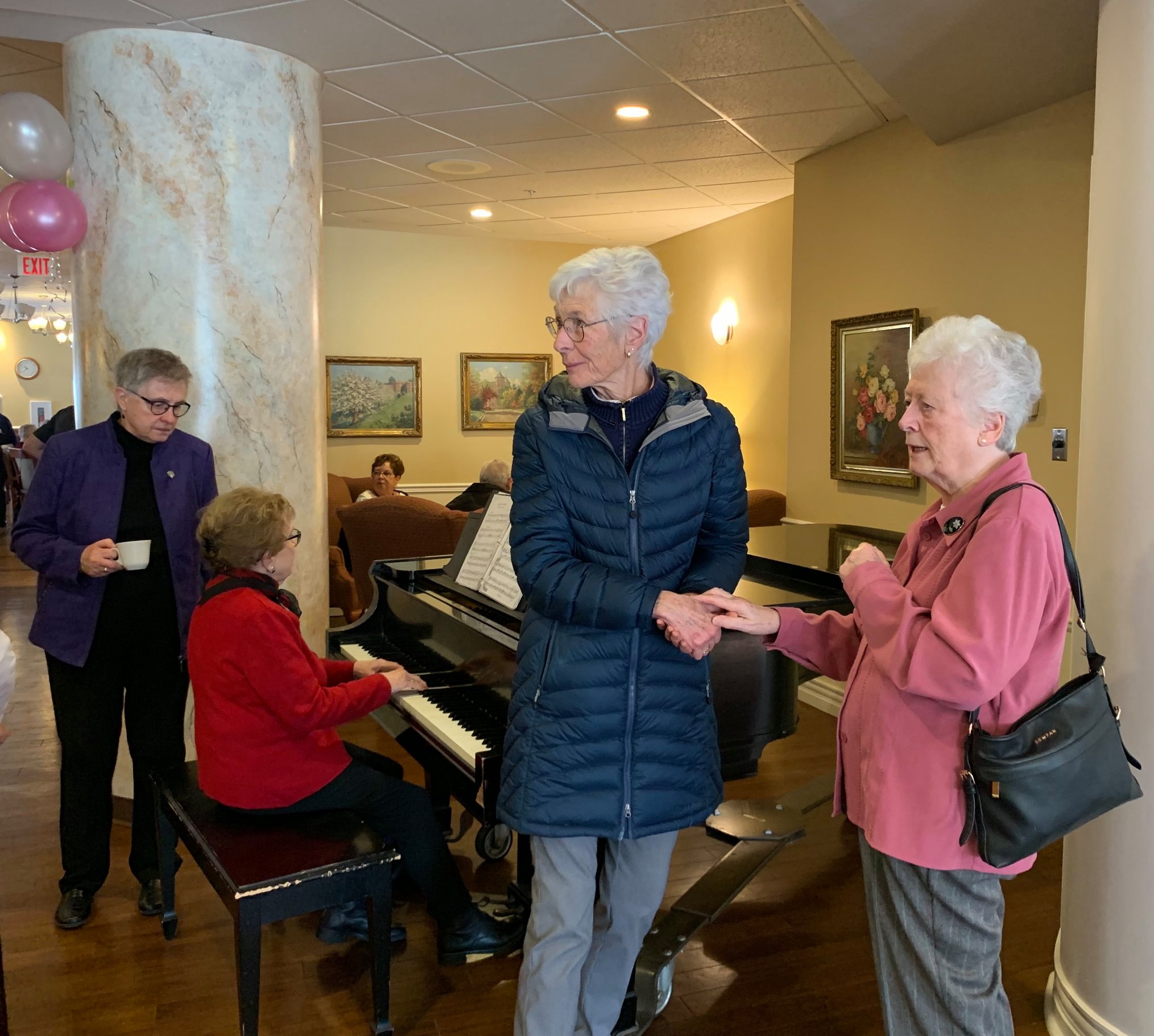 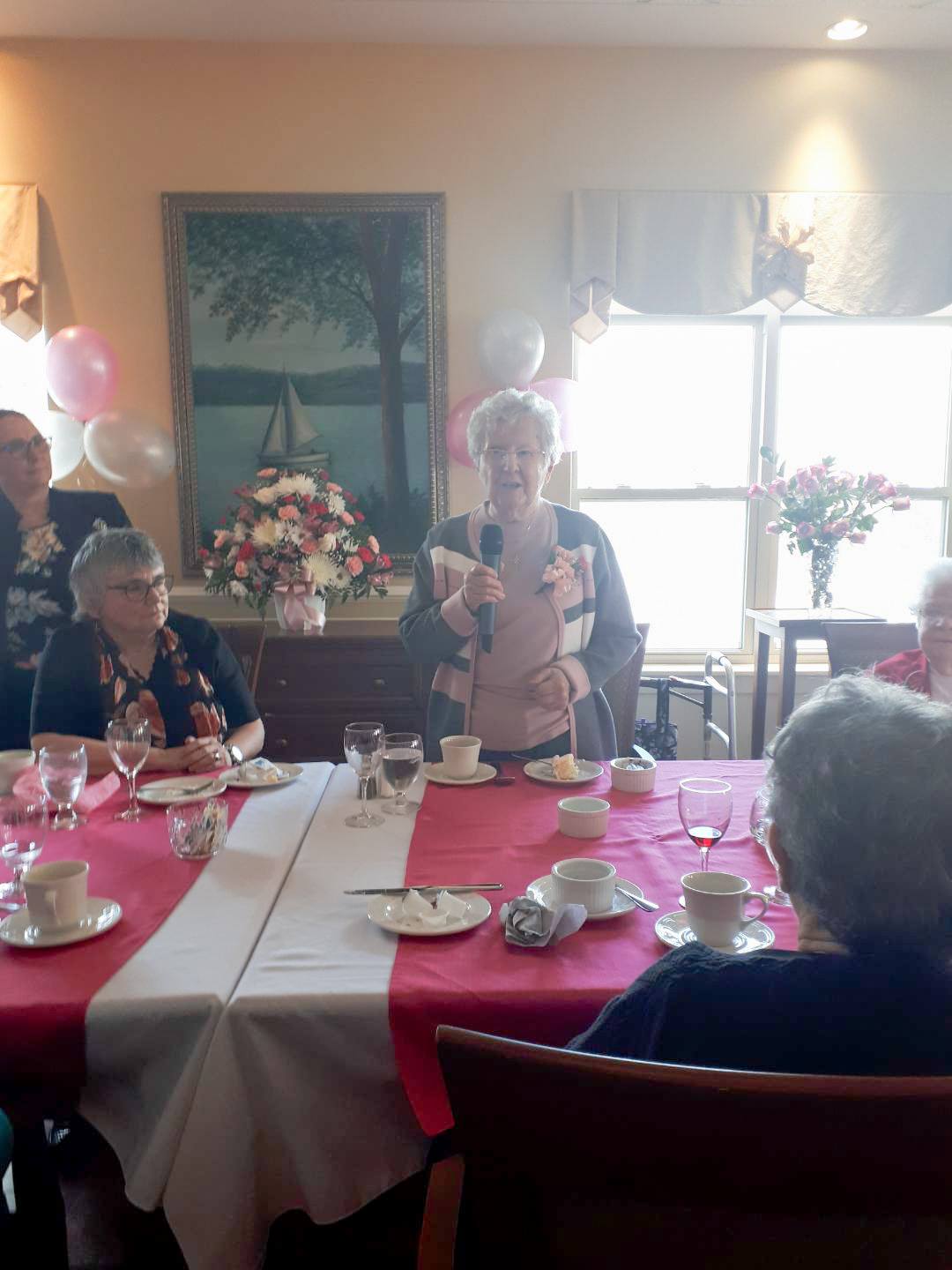 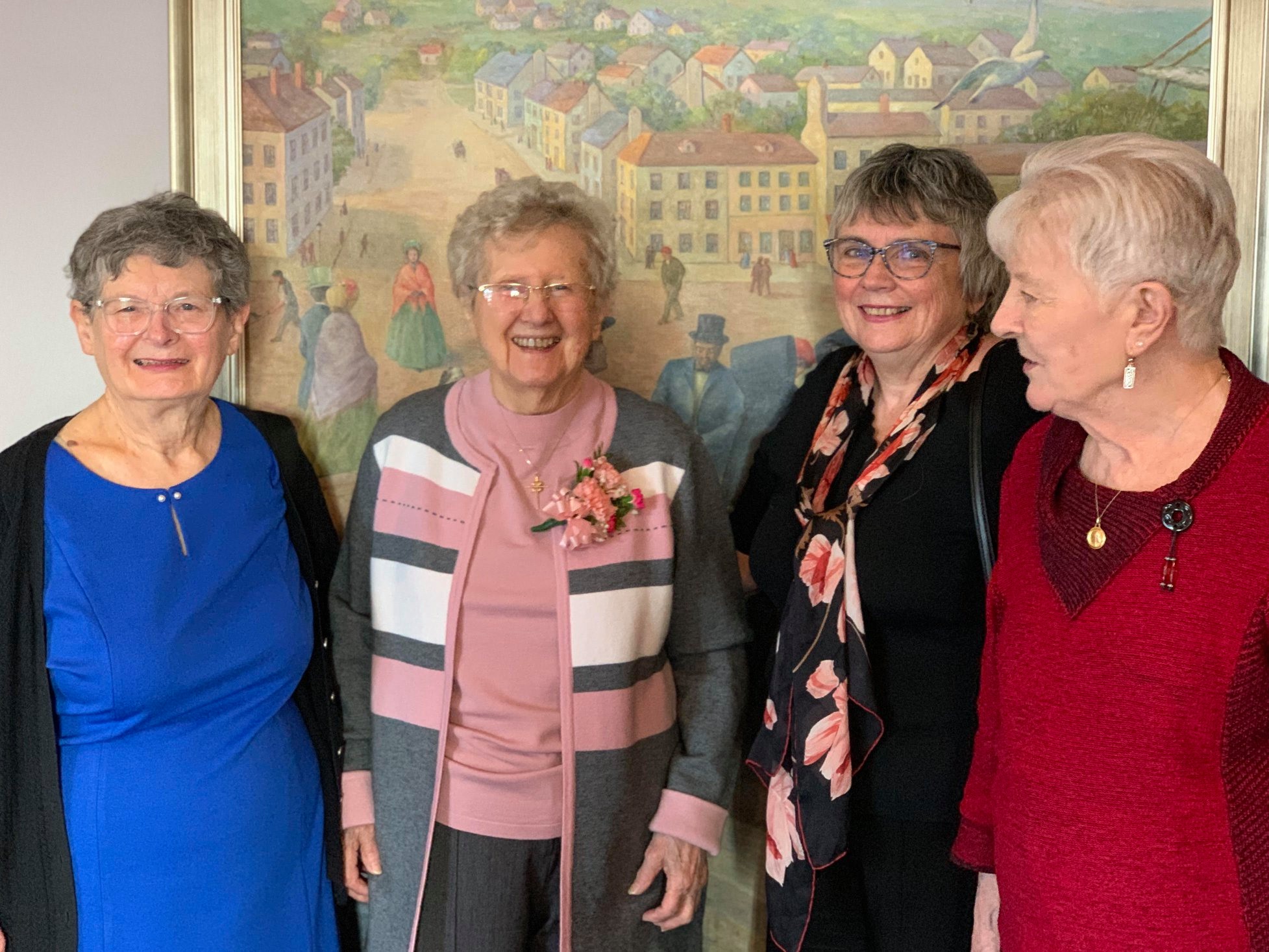 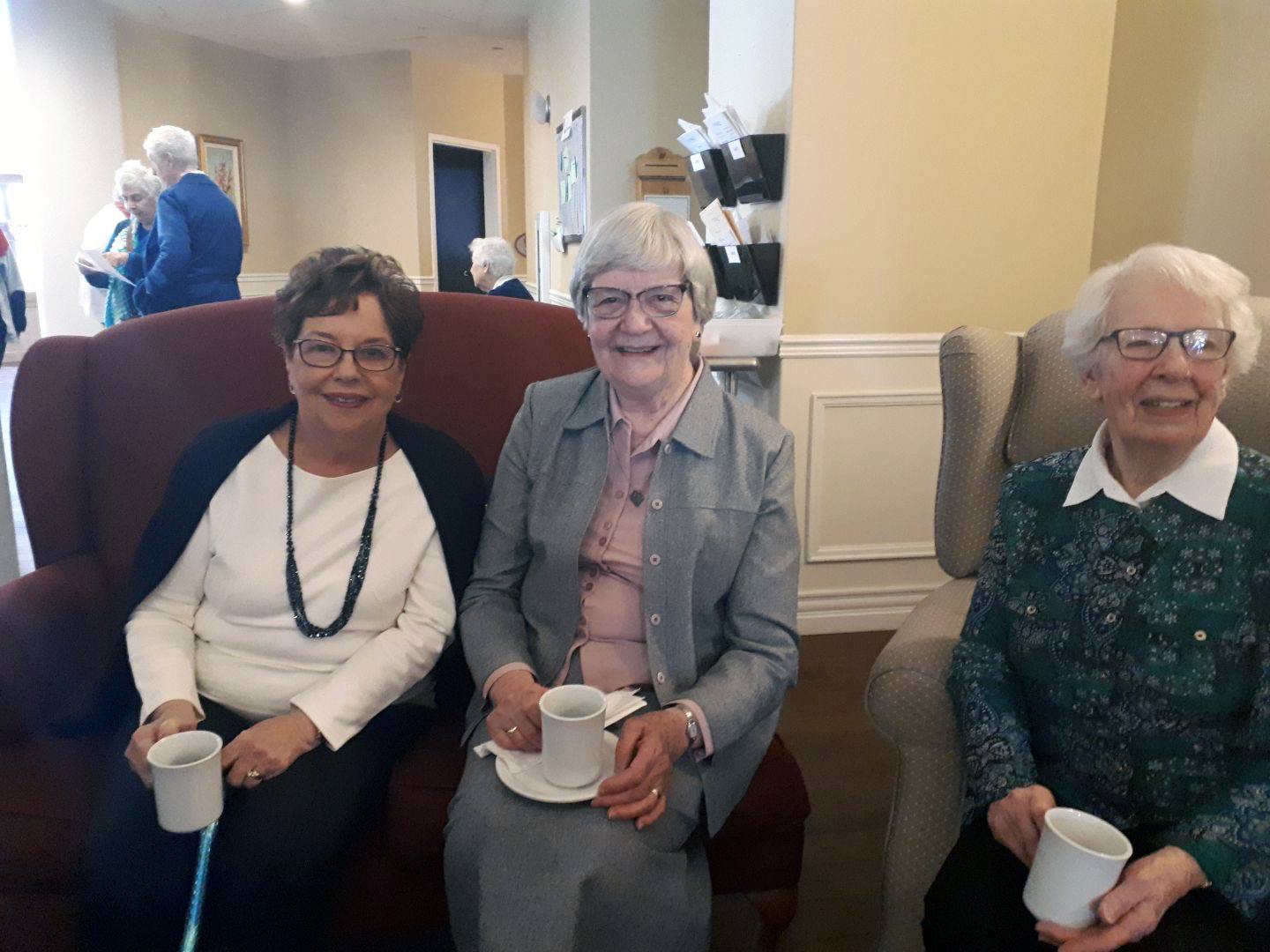